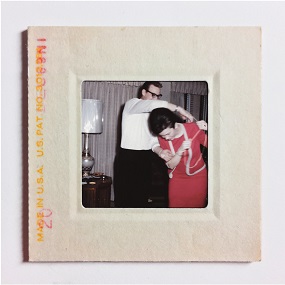 The album was recorded with the band's friend and collaborator, producer/engineer Andy Thompson, ad will be out on June 28th. Pre-order it here.

"This record, more than any other I've been a part of in my lifetime, feels like it cost something to make," vocalist Matthew Schufman explains. "Paid for with a whole lot of sorrows, with hours of rumination, with hope, and the persistent ache of a person suddenly surmising that it's all lost, whatever 'it' is."

Goodnight Paradise is an album influenced by transition, both in life and in the seasons. At 32 in the fall of 2017, he found himself living alone for the first time in his life. The development was initially freeing, providing him time to rediscover himself and some of his interests. Some of the more energetic and hopeful songs on the record were written during this period. But as winter descended, that freeing feeling dissolved into one of sadness and isolation. "That winter became the lens under which I examined all the ways that my life wasn't working," relates Matthew, leading to some of the darker songs written for the album.

Whether you grew up with New Order, The Cure, The Smiths, or Echo & the Bunnymen or dig artists like Real Estate, DIIV, Wild Nothing, The Drums, or Arcade Fire this band and album are for you. Graveyard Club draws from, and connects, these great artists while having a unique and expressive voice all their own. Goodnight Paradise is a beautiful record. It's honest, melodic, catchy, layered and simple yet complex - it's a perfect pop album. The thirteen new songs are Twin Peaks in Cathedral Hill and Boris Karloff at the Under-The-Sea prom of your dreams.

Check out the album's tracklist and listen to their new single "It Hurts", below. 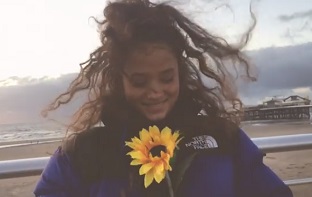 Stockport psych pop-rock band Fuzzy Sun have released the video for their latest single "I'll Be The Man".

The song is part of our current playlist and is taken from their “Warm Evening / Cold Morning” EP, which came out in October 2018. Buy it here.

The video was filmed/edited by Laura Loughridge. Watch it below.

New Entry: Curses Premieres "This Is The Day" (The The Cover) 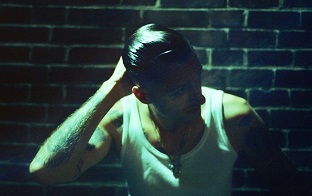 Berlin-based nu-disco/house/techno producer Luca Venezia aka Curses has premiered his cover version of The The's classic "This Is The Day".

The song features on the 10th anniversary compilation of Greece-based music platform Last Gas Station  (aka La.Ga.Sta.) compilation, which will be out on may 6th. Grab it here.

Curses offers an ethereal take on his favourite The The song with his signature style and aesthetic.

Email ThisBlogThis!Share to TwitterShare to FacebookShare to Pinterest
Etiquetas: cover version, Curses, House, Luca Venezia, New Entry, The The, This Is The Day 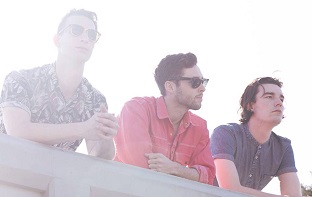 Melbourne indie rock/pop band I Know The Chief have revealed the Tekkla remix of their song "Miami".

The remix is out today (May 3), the original version is taken from the band's 'Everything's Under Control' EP, released in November 2018.

Grab it here, and stream it below. 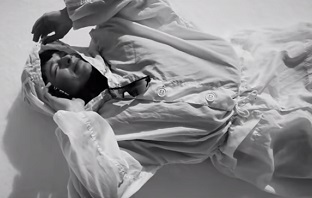 The song is part of our current playlist and is taken from her upcoming third studio album 'Plein Nord', set to be released on June 1st through Zodiaque Musique. Pre-order here.

Beneath PLEIN NORD is a rich foundation synthesized from Dion’s knowledge of music. After studying the waves (post-punk, left-field house/techno...), she brings together her baroque music training, extensive musicianship and self-taught electronic music production to craft a vision of her own. At first guided by raw analog electronics, the album is powered by Dion’s renewed interest in production. As new tools reveal new horizons, she finds special importance in perception and the senses. For Dion, the things to which we are closest make us who we are, and so she crafts sound as close as skin. 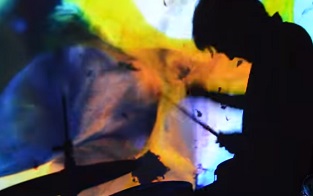 Birmingham psychedelic/rock band Cut Glass Kings have unleashed  the video for their latest single "Dream In the Dark".

The song is part of our current playlist and came out last month via Skeleton Key Records. Buy it here. 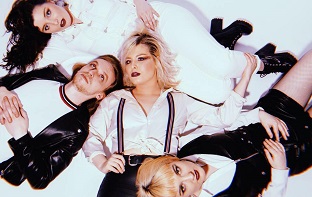 The song is out now via Big Indie Records. Buy it here and stream it below. 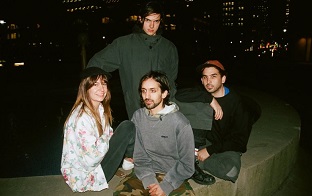 The song is taken from the upcoming LP 'Club Nites', set to arrive on June 7th via Mint Records. Pre-order your copy here. 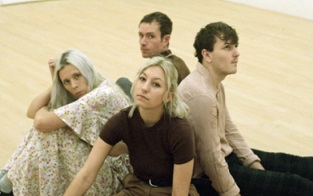 The song is out today (May 3) and is the first in a line of songs that the four-piece will be releasing over the course of 2019, with a debut EP scheduled for release late this year. Belgium new wave/post punk/gothic band A Slice Of Life have revealed the video for their latest single "Older".

The song is part of our current playlist and is the third single taken from the debut album 'Restless', set to be released in August 2018 via Wool-E Discs. Buy it here. The song is is taken from the upcoming EP of the same name, set for release on 14th June. Pre-order your copy here.

Speaking about it, Noel says: “It manages to combine the influences of David Bowie, INXS, U2, Queen, Indeep AND ZZ Top FFS!… I might have been watching too much Top Of The Pops recently… anyway, it’s ‘dope’, not my words, but the words of Nile Rodgers who literally danced in the studio when he heard it!”. 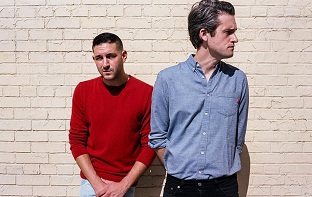 NYC disco duo Holy Ghost! (aka Nick Millhiser and Alex Frankel) have premiered their new single "Do This".

The song is taken from their upcoming third full-length album 'Work', set to arrive on  June 21st via West End Records. Pre-order your copy here. 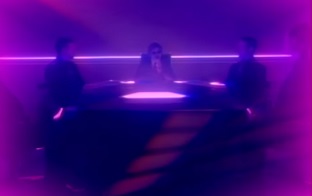 The song is taken from the band's fifth studio album 'Social Cues', which came out last month via Columbia. Get your copy here.

New Entry: The Kooks Unveil New Single "Got Your Number" 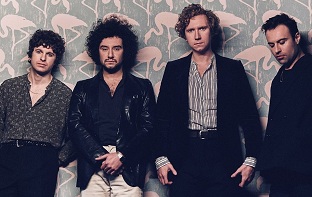 Brighton, UK indie rockers The Kooks have unveiled their new single "Got Your Number".

The song is out today. Buy it here, and take a listen below.

Email ThisBlogThis!Share to TwitterShare to FacebookShare to Pinterest
Etiquetas: Got Your Number, Indie Rock, New Entry, new single, The Kooks 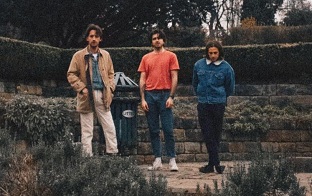 The song is out now via Dance to the Radio. 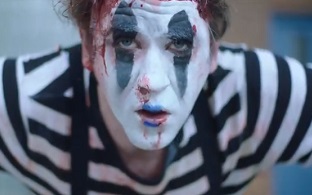 Glasgow noise pop/post-punk band The Ninth Wave have released the video for "This Broken Design".

The song is part of our current playlist and is taken from the first half of their debut album 'Infancy - Part I', out today (May 3). Get your copy here.

Romance Disaster Announces New EP "Take Off Your Past", Watch a Teaser 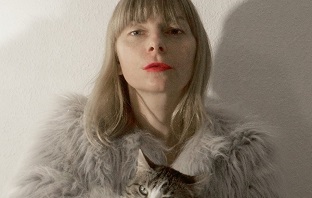 Romance Disaster, the EBM/techno/electro project of Aga Wilk (former 77™), has announced the release of her new EP titled 'Take Off Your Past'.

The EP will be out soon via Things To Come, and follows on from their latest EP 'Girls-Guns', released in March.

Watch a teaser video below.

Email ThisBlogThis!Share to TwitterShare to FacebookShare to Pinterest
Etiquetas: Aga Wilk, ebm, electro, Romance Disaster, Take Off Your Past EP 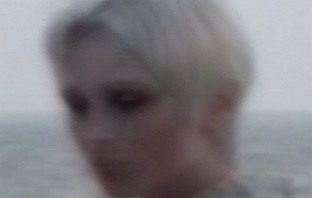 Northampton based dark/electronic/drone duo Boy Harsher (aka Jae Matthews and Augustus Muller) have aired the Marcel Dettmann Remix of their song "Come Closer".

This version features on the record 'Careful Remixes, etc.' out June 28th, 2019 on Nude Club records. Pre-order it here.

Watch: The Death of Pop Air "Sun In My Eyes" Live Session Video 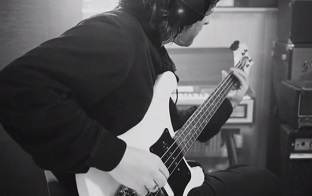 London jangle-pop/dream pop/indie pop band The Death Of Pop have aired a live session video for "Sun In My Eyes".

The song is taken from 'Six' out now via Hidden Bay Records. Grab your copy here. 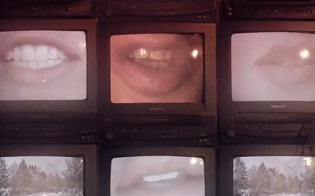 Canadian synth-rock/post punk band Operators have revealed the video for their new single "I Feel Emotion."

The song is taken from their upcoming sophomore album 'Radiant Dawn', which will be out on May 17 via Last Gang Records. Pre-order your copy here.

The video wasd irected and edited by Caleb Bardgett and Johnny Dunn, watch below. 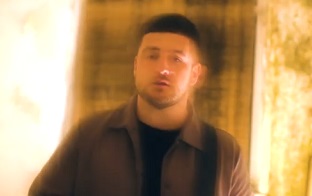 UK post punk/shoegaze band Sunstinger have dropped the video for their addictive new single "The Space Between Us".

The song, recorded and produced by Magnus Collie, is out today (May 3). Grab it here.

Email ThisBlogThis!Share to TwitterShare to FacebookShare to Pinterest
Etiquetas: new single, new video, Post Punk, Sunstinger, The Space Between Us 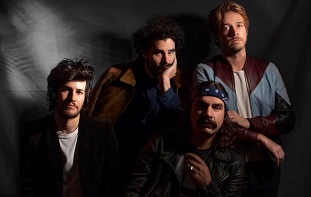 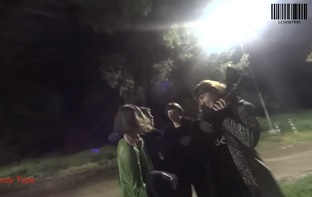 The song is part of our current playlist and is taken from their EP '2', out today (May 3) via Partisan / Inertia. Grab your copy here.

The video was directed by Charlotte Linden Ercoli Coe. Watch it below.