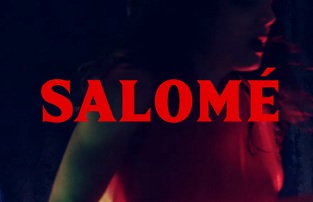 The original mix of the song is taken from their forthcoming new album 'Mother Solitude and Other Dark Tales', which will be released in October 2021. Get it here. 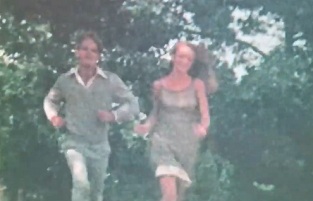 Seattle disco-punk/new wave/indie dance band Killer Workout have unveiled the video for their latest single "Good Thing".
The song is part of our current playlist and is taken from their upcoming new EP 'Direct to Video', which will be out on September 17. Pre-order your copy here. 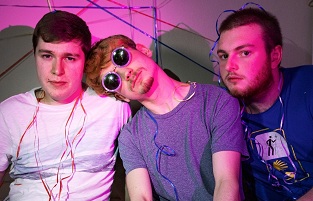 Glasgow indie rock/alt band Gunke (lead by Luc Grindle) have shared their new single "Mum".
The song is out now through via Glasgow DIY label Negative Hope Records. Get it here.

‘Mum’ follows on from previous single ‘Football’ channeling that coarse 00’s guitar sound, displaying a real penchant for early era The Cribs.
Grindle comments on the track: “’Mum’ is all about finding yourself in a position you are unable to escape from and requiring to see difficult situations through to the end. Despite the more pessimistic lyrical content, I wanted to create something more optimistic for the lyrics to sit on top of."
“‘Mum’ was a good release of energy to write during a frustrating and confusing time, it helped me understand what was going on in my life so became a very positive piece to create despite the less hopeful lyrics.”
Take a listen below. 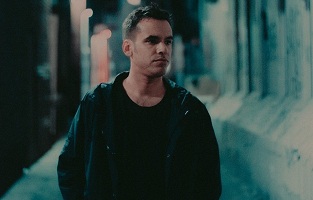 The song is out now, get it here. 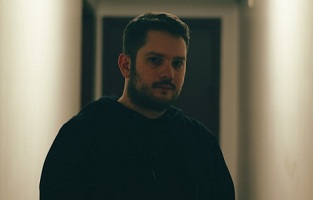 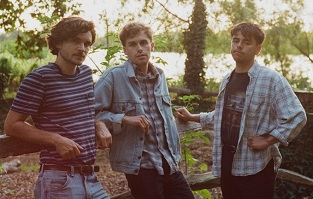 Portsmouth indie/surf pop band Dutch Criminal Record have released the video for their newest single "Return To Dust".
The song is part of our current playlist and came out last month (July 24), it is taken from their forthcoming EP "It’s Gonna Be Okay".
Taking on creative inspiration from indie icons Vampire Weekend and Radiohead, ‘Return to Dust’ provides a sweet soundtrack to your summer romance and vocally embarks on a soothing exploration into the vulnerability of love.
Taking a closer look behind the making of ‘Return to Dust’, band member Sam remembers how he wrote the emotive lyrics during the first lockdown in the pandemic. With the creative aim to convey requited love and hopes, the gentle vocals also vulnerably portrays the mixed states of confusion and fear that falling in love entails in the early stages of romance.
Watch the video below. 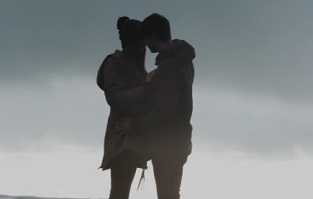 Berlin post-punk/alt rock band Pink Turns Blue have dropped the video for their latest single "You Still Mean Too Much To Me".
The song is part of our current playlist and is taken from their upcoming new album 'Tainted', set to be released on September 24 via Orden Records. Pre-order your copy here.
Portraying figures who are utterly alone, introspective, and seeking an elusive connection, this video echoes themes of isolation felt during the process or working through grief over the loss of a loved-one. Watch it below. 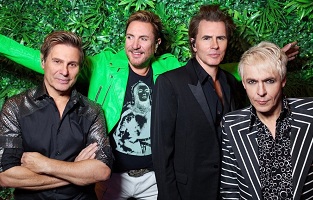 British new romantic legends Duran Duran have unleashed their new single "More Joy! (feat. CHAI)".
The song is taken from their forthcoming 15th studio album 'Future Past', which will be out on 22nd though Tape Modern Pre-order your copy here. 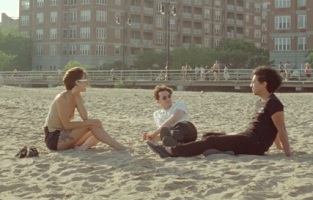 Brooklyn post punk/new wave/synth-pop outfit Nation Of Language have unveiled the video for their new single "This Fractured Mind".
The song is taken from their forthcoming second album 'A Way Forward', set to be released on November 5th. Pre-order your copy here.
Speaking about it, songwriter/vocalist Ian Devaney said: "After I dropped out of college I spent a number of years delivering pizzas and waiting tables while I lived at home and tried to get a music career going. One ends up spending a lot of time contending with unrealized dreams and feeling jealousy towards those who have moved on. There’s an inferiority complex that can set in, which if unchecked, can lead down a pretty bitter and self-destructive road. This is a song for driving down that road, as indecision and longing and regret cycle together into mania, until finally, at the end, quiet acceptance and peace wash over."
"As for the recording itself…For those later movements, we messed around with tape machines, running things at different speeds and sometimes backwards, talking about William Basinksi’s ‘Disintegration Loops’ and trying to see how we could achieve a similarly somber, ethereal ambiance, but in a comparatively very small space. This one in particular serves as a good example of how, on the album as a whole, we wanted to find a balance between steady motorik endlessness and more spacious ambient moments." He added
Watch/listen below.

New Entry: The New Romantics Shares New Single "You Got It Right" 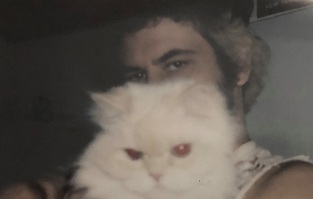 Knoxville, Tennessee synth pop/cinematic pop artist The New Romantics has shared his new single "You Got It Right".
The is out now, get it here and stream it below.