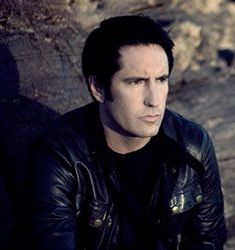 Trent Reznor has officially confirmed that his best known project, Nine Inch Nails will return with the follow-up to 2008's The Slip, later this year.

Reznor has revealed that he's been secretly working on the as-yet-untitled new album with Atticus Ross and Alan Moulder, last year. The album will be released via Columbia Records.

The full press release by the man himself reads:

"I’ve been less than honest about what I’ve really been up to lately. For the last year I’ve been secretly working non-stop with Atticus Ross and Alan Moulder on a new, full-length NINE INCH NAILS record, which I am happy to say is finished and frankly fucking great. This is the real impetus and motivation behind the decision to assemble a new band and tour again. My forays into film, HOW TO DESTROY ANGELS and other projects really stimulated me creatively and I decided to focus that energy on taking Nine Inch Nails to a new place. Here we go!"

In related news Trent Reznor recently revealed that band's former guitarist Robin Finck will rejoin the group for their forthcoming tour. "I am proud to announce that the tour lineup now includes the incredible Robin Finck. The addition of Robin to the mix of players I've assembled makes this band incredibly powerful and versatile." He said.

Watch: Sonny And The Sunsets Reveal New Video For "Palmreader"

San Francisco psych-pop band Sonny & The Sunsets have unveiled the video for "Palmreader", taken from their upcoming new album 'Antenna to the Afterworld' out on June 13 through Polyvinyl Records.

The video was directed by Sonny Smith. Watch it below.

Peruvian indie-rock duo Union Cinema have unveiled the video for their debut single "Can't Get Rid Of", available now through iTunes. The song is part of our current playlist www.koolrockradio.com.

The duo, comprised by Toño Jaúregui and Antonio Santivañez, have a range of musical influences but deliver their own unique brand of catchy indie rock. We have the chance to listen some of the tracks included on the band's forthcoming debut album and our boss DJ Relax has already chosen which will be the next single, it's called T.C. and is expected to be released in August.

Talking about the song, lead singer Antonio Santivañez told us: "Can't Get Rid Of, basically talks about the social differences that our country is facing right now."

Kansas City based musician/producer Bryan Cox, AKA Soft Lighting has shared the video clip for "Dangerous", another cut taken from their recently released new album 'Portraits', out via Synth Records. The song is part of our current playlist www.koolrockradio.com.

The video was directed by Violent Success. Watch it below.

Get your copy of 'Portraits' now on iTunes.
Publicado por KOOL ROCK RADIO en Tuesday, May 28, 2013 No comments: