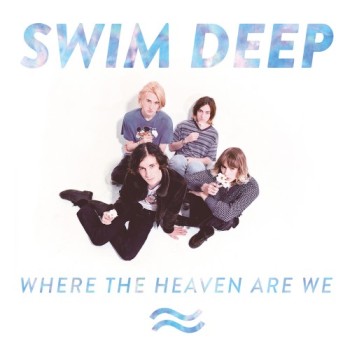 This week's SOTW on www.koolrockradio.com is Birmingham indie-pop band Swim Deep new sunny song "Crush", which will appear as a bonus track on the band's upcoming debut album 'Where The Heaven Are We' and will be available exclusively for people who pre-order the LP on iTunes.

The band's first full-length was recorded in different sessions in studios in Brussels (ICP studios) and London (Miloco Studios) and was produced by Charlie Hugall.

The record is set for release on August 5 through Chess Club / RCA Victor and features previously unveiled tracks "The Sea", "She Changes The Weather". Their reissued new single "King City" (out 29th July), is also available with pre-orders of the album.

Have a listen to "Crush" below.