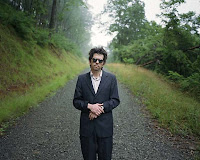 American rock singer Mark Linkous has died, according to the latest reports from the United States.

Formed in the mid 90s, Sparklehorse went on to become one of the most celebrated groups of their generation. Linkous' voice soared over music which continually altered yet was at once instantly recognisable.

Over the course of four albums the group remained at the forefront of American music, despite never tasting mainstream success. Mark Linkous suffered from frequent health problems, caused by an incident in 1996.

The singer 'died' for two minutes after ingesting a cocktail of drugs. Emergency services brought the frontman back to life, but sadly Mark Linkous was left almost paralysed.

Extensive surgery to his legs allowed the musician some mobility, but Mark Linkous struggled continuously with his health. Despite this, the singer worked on a number of projects and recently helped Danger Mouse to compile his new multimedia collection 'Dark Night Of The Soul'.

Sadly, it seems as if this is the last thing Mark Linkous worked on. A statement from the singer's family confirmed the tragic news that the American singer has taken his own life. "It is with great sadness that we share the news that our dear friend and family member Mark Linkous took his own life today," the family said.

"We are thankful for his time with us and will hold him forever in our hearts. May his journey be peaceful, happy and free. There's a heaven and there's a star for you."