Northampton, UK cold wave/post punk/no-wave/dream pop artist bloody/bath (aka Kailan Price) has premiered the video for his new single "Unholy Cross".
The song, produced by Matt Peel (Eagulls, The Crookes) is taken from his upcoming EP 'Unholy Sonnets'. Get it here.

Talking about it, Kailan said; “I’ve found myself becoming more and more open within my lyricism and Unholy Cross is a perfect example of that. I think at this current period in my life, it would be difficult to write a happy song, I think it would just come across as inauthentic. I just want to represent my emotions in a real and interesting way, no matter how sad they can be. I just hope people who struggle with mental illness can read into my head through the song and realise that no matter how isolated one can feel, that they are never alone in this adversity.”
Watch/listen below. 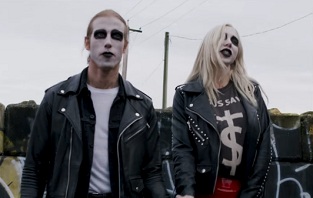 The song is out today (July 23) through Artoffact Records and is taken from their sophomore album 'Acts of Worship', set for release later this year. Get it here.
Watch/listen below. 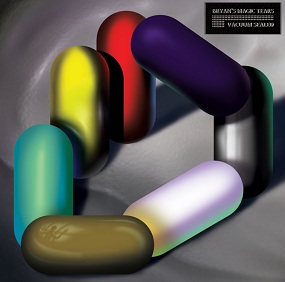 French shoegaze/garage rock band Bryan's Magic Tears have announced the release of their third studio album 'Vacuum Sealed'
The follow-up to 2018's 4 AM, will be available on October 15th through Born Bad Records. Pre-order your copy here.
There was no need for drugs to record "Vacuum Sealed". The intensity of the ten songs that compose the album was enough to make the rest of the world disappear. The music is so massive, its presence so thick, that after a month of work, Benjamin and Marc couldn't even talk to each other. Everything was already there, in front of them. "Vacuum Sealed" would become an absolute classic. One of the cornerstones of their generation, made by musicians who also have - or had - a foot in the Villejuif Underground, Pleasure Principle, Bisous de Saddam or Dame Blanche...
"I don't want to be this 33-year-old guy playing teenage rock." After showing off the muscles on one album side, Benjamin Dupont digs a little deeper into his own veins and transfigures his band's music. They've been mistaken for drugged-out wankers, a band that makes big noise because they have three guitars on stage, slackers singing nonsense in false english.