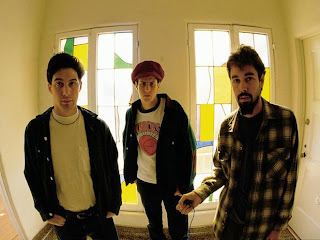 Beastie Boys have posted the entire 30 minute version of their film 'Fight For Your Right - Revisited' online.
'(You Gotta) Fight For Your Right (To Party)' began as a joke and ended up as a global hit, propelled by a video which showed Beastie Boys to be a trio of obnoxious brats.
They now decided to re-visit their classic hit earlier this year. Planning a 30 minute short film, the trio roped in virtually every comedian they could think of with plenty more coming out the woodwork. The short film tells a fictitious story of what happened to the Beastie Boys following the events of their 1987 music video of the same name.
Posting a clip earlier this month, the three minute preview contained appearances from (deep breath) Will Ferrell, Jack Black, Steve Buscemi, Shannyn Sossamon, Kirsten Dunst, Ted Danson and plenty more. The actual Beastie Boys appear as well fresh from completing their new album 'Hot Sauce Committee Pt. 2'.
With the record set to drop on Monday (May 2nd) the trio have posted the entire 30 minute version of 'Fight For Your Right - Revisited'.
Check it out below...