Zen Mantra To Release Debut Album 'How Many Padmes Hum?' Next Month 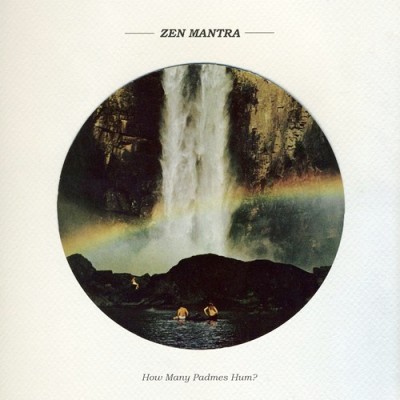 Zen Mantra is the project of 18 year old New Zealand-based musical producer Sam Perry, started with the intention of making music with the energy of punk and the atmosphere of psychedelic music, Zen Mantra has been described as sounding like "a male-led Summer of Love girl group jamming surf rock in outer space."

Perry has been around for about a year and have just released his official debut single 'Fossils', which it's been around since last year and is part of our current playlist. The song features on his upcoming debut album 'How Many Padmes Hum?', out on the 10th June via UK psychedelic label Stroll On Records and US tape label Crash Symbols.

Check out the tracklist for 'How Many Padmes Hum?' and stream Fossils below.

Visage have unveiled a new video for "Dreamer I Know", taken from their just released first new album in 29 years 'Hearts And Knives', which is currently our Album of the Week (www.koolrockradio.com).

About the song the band commented: "'Dreamer I Know' is the most immediately accessible song on the album and features a catchy adult-pop chorus which imprints rapidly. Mick Macneil (the former creative musical core of Simple Minds) adds the lead keyboard lines which although played on an old Korg analog monosynth somehow manage to evoke his Scottish homeland."

The video  filmed around Dalston, London, was directed by  Armadno. Watch it below.

Get your copy of 'Hearts And Knives' now on iTunes.
Publicado por KOOL ROCK RADIO en Friday, May 24, 2013 No comments:

Miles Kane has unveiled a live video for "Darkness in Our Hearts", another cut taken from his upcoming sophomore album 'Don’t Forget Who You Are', out on June 4 via Sony Music. The song has been added to our current playlist www.koolrockradio.com.

You can pre-order 'Don't Forget Who You Are' now on iTunes.
Publicado por KOOL ROCK RADIO en Friday, May 24, 2013 No comments: