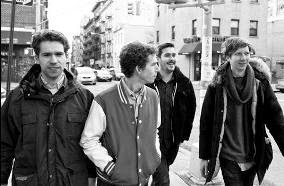 The song will be out as part of LAMC 7" series (LAMC stands for 'Less Artists More Condos') next Monday (September 16) with the track "Spike Train" by Brooklyn mates Future Punx on the B-side.

All of the digital proceeds going to the Ariel Panero Memorial Fund at VH1 Save the Music.

Have a listen to the song below and pre-order it here. 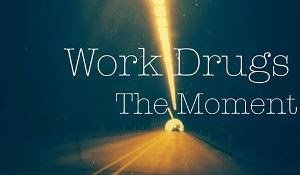 The song features on the band's forthcoming new album 'Runaways', which will be out on October 7th on Bobby Cahn Records. Pre-order your copy here.

About the clip the band commented: "We made a montage of a decade that is a constant source of inspiration." 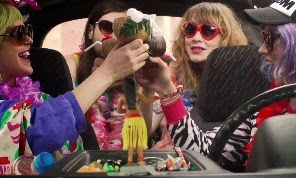 Seattle based bubblegummy pop punkers Tacocat have released the video for their new single "Bridge to Hawaii".

The song is part of our current playlist and is taken from their sophomore album 'NVM', which came out back in February via Hardly Art Records. Grab you copy here.

In the video, directed by Stacy Peck, Tacocat create a DIY Hawaiian vacation in Lelah's rad Jeep, seeking an escape from dreary Seattle weather and a favorite neighborhood. 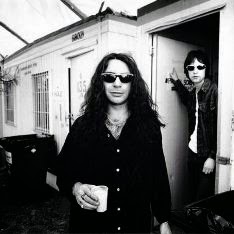 Primal Scream founding member and former guitarist, Robert "Throb" Young has died, the news has been confirmed by the bands publicist.

Young was an early member of the band, having met frontman Bobby Gillespie at school in Glasgow in the Eighties. He was initially Primal Scream’s bassist, and played bass on the band’s debut album Sonic Flower Groove, released in 1987. From their self-titled second album onwards he played guitar, featuring on famous tracks including Loaded, Rocks, and Country Girl. He left the band after the release of their eighth studio album, Riot City Blues, in 2006.

Several figures close to the musician, including his former bandmates plus Liam Gallagher and Tim Burgess, have tweeted their respects.

A statement from Bobby Gillespie, Andrew Innes and Primal Scream then followed which reads: "We have lost our comrade and brother Robert Young. A beautiful and deeply soulful man. He was an irreplaceable talent, much admired amongst his peers, In the words of Johnny Marr 'Throb with a gold top Les Paul -unbeatable'"

"He was a true rock and roller. He walked the walk. He had 'Heart & Soul' tattooed on his arm and i’m sure on his heart too. He once said to me "when we go onstage it's a war between us and the
audience" He never let go of that attitude. Our love and thoughts are with his sons Brandon and Miles and their mother Jane, his wife Rachel, and his immediate family."


Rest In Peace Robert Young of @ScreamOfficial. That big power chord in Loaded is ringing out on the other side now
— Andy Bell (@Andybebop) September 11, 2014