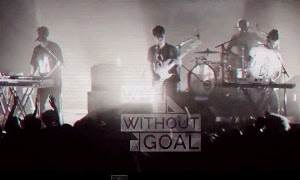 The song features on the band's sophomore album 'War Room Stories', released in February through Believe Recordings. It is the Get your copy here.

Previously the band have already unveiled the clips for "Got Well Soon", "Envy", and "15 Minutes". California based Nu80's EDM duo Data Twins (aka Hopper Post and Chris Kann), best described as 'an exploratory transfusion of late 70s to early 80s art aesthetic', have released the video for their new single "Ava".

The song is taken from their debut EP "Let's Make It Tonight", which will be released next week (May 27) via Synth Records. Pre-order your copy here.

The video features footage from 1987's film Mannequin. Watch it below. 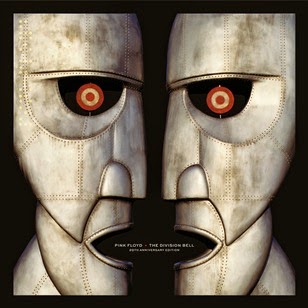 British music heavyweights Pink Floyd have announced the re-release of their fourteenth and final studio album 'The Division Bell' to mark its 20th anniversary.

The UK number one album was the second produced without the band's original bassist Roger Waters and was originally released on March 28, 1994.

The special deluxe anniversary collector's box set will be released in June 30, and will feature a new 2-LP vinyl edition of the chart-topping album, remastered by Doug Sax at The Mastering Lab from the original analogue tapes, including all the full length tracks in a gatefold sleeve designed by Hipgnosis/StormStudios.

The Blu-ray disc features a new video for 'Marooned', directed by Aubrey Powell at Hipgnosis. Watch it below.


Find the tracklist and more details on the band's special website for the 20th Anniversary Edition of The Division Bell.
Publicado por KOOL ROCK RADIO en Tuesday, May 20, 2014 No comments: Enlaces a esta entrada