Pete & The Pirates will release 'Come To The Bar' on March 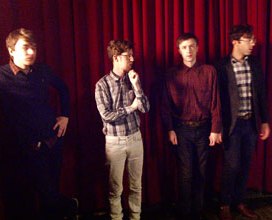 Reading indie troupe Pete & The Pirates are set to release their comeback single ‘Come To The Bar’ on March 14th.

Touring across the world, Pete & The Pirates played SXSW (twice) before venturing across to New York's showcase event CMJ. Returning to Europe, the band embarked on a massive continental tour bringing their fuzzy guitar pop to France, Germany, Spain and more.
Singer Thomas Sanders has completed two solo albums, before sessions with Pete & The Pirates commenced last year.
The band hooked up with producer Brendan Lynch, who helmed sessions for their second album. The results are a step forwards, retaining their sharp lyrical eye but adding motorik rhythms and sleek synths. The band have already filmed a video for ‘Come To The Bar’ two days ago.
Also, Pete And The Pirates have confirmed two London shows. The band will preview their second album at the dates, which begin with a show at the Lexington venue later this week.
Publicado por KOOL ROCK RADIO en Wednesday, January 19, 2011 No comments: 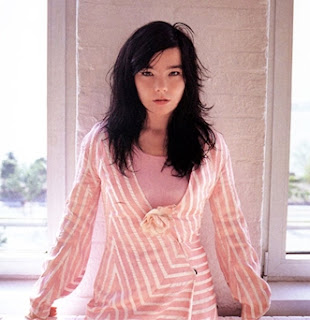 Icelandic singer-songwriter Bjork is working on her new album, which was partly inspired by the National Geographic.
Speaking to Icelandic newspaper Fréttablaðið, the extravert singer claimed that a follow up to 2007's 'Volta' was well under way. Continuing, Bjork alluded to potential tour dates. "Hopefully I will be able to be on tour in the fall," she said.
The singer refused to be drawn on the exact details of the new album, claiming that she was superstitious about giving too many details away. "I have had some bad experiences with a number of things before. I'm very superstitious. I go into the studio with a plan to go do what I have in mind, and then the idea is half dead" she explained.
Recently attending a National Geographic conference, the singer came away inspired to write a song. "I saw 100 talks and met eccentric people who had been in Africa for four years with lions and insects," she said. "Then one night after drinking whiskey with them I began to hear stories. This is one of the collaborations I can talk about."
Bjork's new album is rumoured to be set for a late 2011 release.
Publicado por KOOL ROCK RADIO en Wednesday, January 19, 2011 No comments: 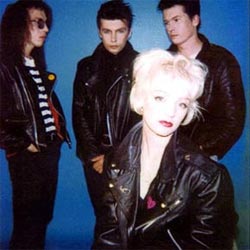 Indie darlings The Primitives have confirmed details of their new EP 'Never Kill A Secret', first new music in 19 years.

Emerging from the late 80s indie scene, The Primitives combined impeccable influences with a real pop touch. Scoring a hit with 'Crash' the band's debut album references everything from Spector-esque pop to The Velvets. The band split in 1992.

Headlining the Indietracks festival last year, the band began working on a new EP last year. 'Never Kill A Secret' is set to be released on physical and digital formats on March 7th via Fortuna Pop. Containing new material and a cover of a Northern Soul classic, this new EP ends two decades of silence in some style.

The EP will feature the songs “Rattle My Cage,” “Need All the Help I Can Get,” “Never Kill a Secret” and “Breakaway.” In an interview last summer, Court described two of those songs, calling the title track “a cute little heart melter,” and characterizing “Rattle My Cage” as “a fuzzified girlpop stomper.”

The Primitives have also confirmed details of a nationwide tour to coincide with the EP. Opening in Southampton, the tour hits Glasgow on March 20th before travelling down to London.
Publicado por KOOL ROCK RADIO en Wednesday, January 19, 2011 1 comment: