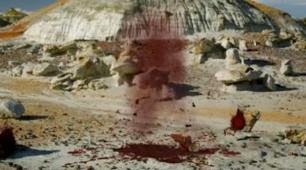 Boston legendary act Pixies have shared the video for "What Goes Boom", taken from their recent EP-1.

About the video, frontman Frank Black explained: "Our original vision… was to create an homage to a central, dramatic scene in Star Wars, but, after that idea proved a bit too costly to produce, we decided the next best thing was to blow up [guitarist] Joey Santiago in the desert – the compromises we make for our art."

It was directed by Jonathan Furmanski and Matthew Galkin. Take a look below. 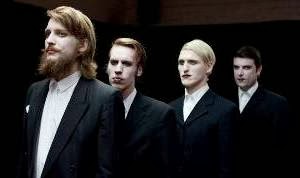 The song is part of our current playlist and is the title track from their debut EP Secret Club, released out now via Living In The Future, the label run by Akira the Don.

The promo video was directed by Bafta-winning director Aaron Shrimpton (Scroobius Pip, Akira the Don) and depicts what happens when a glamorous party full of beautiful people is turned into a sinister rally by the alter ego of one of the band members.