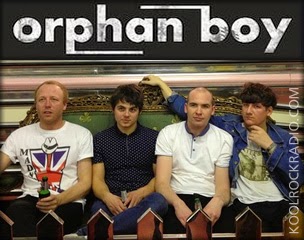 Comprised by Bobby Cross (Guitars/Vocals), Paul Smith (Bass), Chris Day (Drums) and Sam Carlton (Keyboards), Orphan Boy are a band who've been around for a few years now, they have four performances at Glastonbury under their belts, and they are about to release their third studio album 'Coastal Tones' this month (May 25th) on Concrete Recordings, featuring recent single "Beats Like Distant Tides" and the forthcoming second cut, "From the Provinces".

Offering an unflinching view of life on the fringes, frontman Rob Cross' lyrical inspirations range from the bleak view of a Grimsby tower block to furious ruminations on the neglected realms of Scunthorpe, Doncaster and many other often overlooked Northern pastures. "I’ve always liked the idea of seeing the beauty in the mundane," says Rob, who cites Jarvis Cocker, Irvine Welsh and Charles Bukowski as lyrical touchstones. "People don’t give small towns credit, but places like Morecombe and Kirkcaldy have a real sense of community spirit. Singing about Grimsby and Cleethorpes is all part of that. It’s an undocumented part of the country which is as valid as anywhereelse."

Coastal Tones was self-produced by band member Sam Orphan and was recorded and mixed at their hometown studios in a warehouse on Grimsby Docks. Pre-order your copy here. 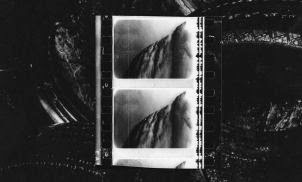 The song is taken from their forthcoming long-awaited debut album 'I Become A Shade', set to be released on June 9 through Grand Jury Music. 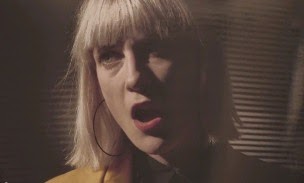 Portland dream pop/wave pop outfit Appendixes have unleashed the video for their latest single "The Plan".

The song is taken from the band's latest EP 'Everyday Use', which came out earlier this year via Track and Field Records. Get it here.

The video was directed and filmed by Robin Stein. Watch it below. 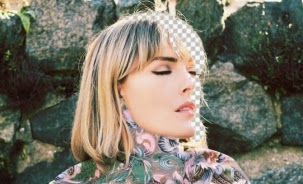 The song is taken from the re-remastered version of her latest album 'Y Dydd Olaf' (The Last Day), which is based on a Owain Owain’s 1976 Sci-Fi novel about a Welsh dystopian future where robots have taken over and are busily turning the human race into clones by way of medications.

The album will be released on July 24 thorugh Heavenly Recordings.

Watch: The Frank and Walters Air Music Video For "Look At Us Now" 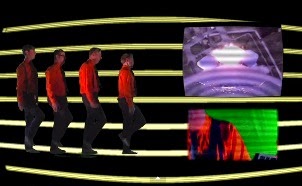 Cork, Ireland indie outfit The Frank and Walters have aired the video for their new single "Look At Us Now".

The single will be out this Friday (May 15) through Fifa Records. Pre-order it here. 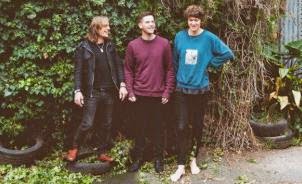 The song is out now, and is the first single taken from their forthcoming debut EP, due for release in June 2015 via Deaf Ambitions. 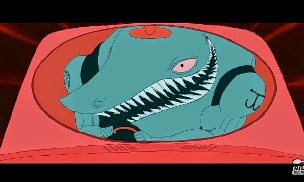 Melbourne based singer/songwriter and guitarist, Courtney Barnett has dropped the video  for her next single "Dead Fox".

The song is taken from her recent debut album 'Sometimes I Sit And Think, And Sometimes I Just Sit', released on March 23 trough Mom + Pop Records. Buy it here.

The video was directed and animated By Rory Kerr and Paul Ruttledge. Watch it below. 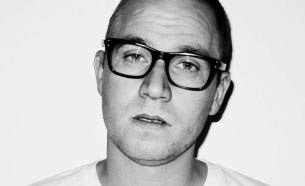 The song is our new Single of the Week and is the first single from his upcoming EP 'Traveling Through Darkness', out on June 2. The single will be out tomorrow (May 12) through Cosmos Music. Get it here. 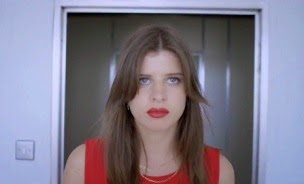 London based indie rock/psychedelic band Cheatahs have revealed the video for their latest single "Murasaki".

The song is part of our current playlist and is the title track of their new EP 'Murasaki', available now digitally and released on the 15th June on 12" vinyl (16th June in North America). Get it here.

The video was directed by Matt Portman. Take a look below. The song is part of our current playlist and is taken from their latest album 'Time To Go Home', which came out in March via Hardly Art Records. Get it here.

Filmed on their Spring 2015 tour, the clip, offers a candid look at life on the road with the band. 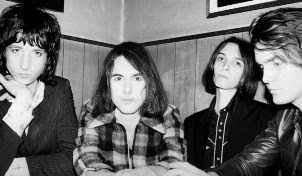 The 7" single, b/w a cover from Brian Eno's "Needles In The Camel's Eye", will be out on 10th July through the band's own label Gram Gram . You can pre-order it now on PledgeMusic.

The band have been busy recording new demos, and working towards putting the Album out their selves. Expect more tracks and an Album to follow soon.