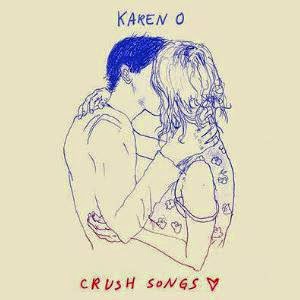 Karen O has announced that she will release her debut solo album titled 'Crush Songs' later this year.

"So excited, lucky and proud to be involved with such a classic album," said Casablancas. "I just wanna listen to it all day. Karen is an all-time great."

"When I was 27 I crushed a lot. I wasn’t sure I’d ever fall in love again. These songs were written and recorded in private around this time. They are the soundtrack to what was an ever continuing love crusade. I hope they keep you company on yours." Karen O added.

A statement reads: "Recorded in 2006 and 2007, the record is an intimate collection of lo-fi, bedroom recordings in the vein of Karen’s Oscar-nominated 'The Moon Song'."

Pre-order your copy of the album here.