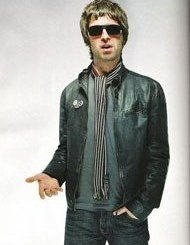 Noel Gallagher, who releases his debut solo album on October 17,  spoke with Time about the band's success and says that it came from their existence before the internet came along.

"We came along before the internet so, if you wanted to see us, you had to be there," he said.

"It makes me feel like a righteous old man. We don't live in an era where indie rock bands sell 60 million albums. Oasis were the last great, traditional rock'n'roll band."

He also said he was approached about making a solo record as far back as Oasis' landmark Knebworth shows in 1996.

"I distinctly remember somebody sidling up to me saying, 'It's time for the solo record now'. But I always said I wouldn't do it if the band was together."