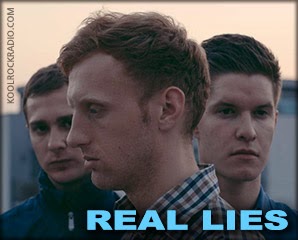 Revealed back in July without further information, this exciting new band caught our attention with their smashing single "Deeper". Sitting somewhere between old rave records and modern electronic pop acts, Real Lies present a sound that would do equally as well in a club as it would on stage at a large festival.

According to the press, Real Lies' music expresses late-night euphoria at the same time as it embraces the horrors of the following afternoon, twinning street bravado with bedroom vulnerability, loss with longing. It is music about burying yourself in an avalanche of words and warm bodies in an endless search for the right ones. We couldn't agree more.

'World Peace / Deeper' is the first of three double A-sides from the band, and the first ever 12" pressing from London label Sweet Exile. It will be out on November 4.

Both tracks are brilliant and have all the hallmarks of an early 90s anthem, fans of New Order, Pet Shop Boys, Perfume, Flowered Up and Happy Mondays are sure to find plenty pleasurable about these tracks. 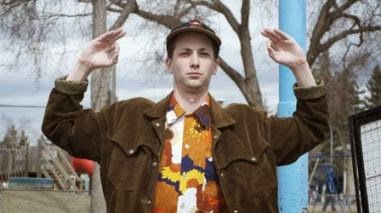 Canadian singer/songwriter Travis Bretzer has revealed the video for his latest single "Low Volt", the follow-up to his recently released debut EP Making Love, and the first teaser from his upcoming full-length, slated for an early 2014 release.

The song is part of our current playlist and was released two weeks ago via Mexican Summer as a double A-Side single backed with the track "Debbie". 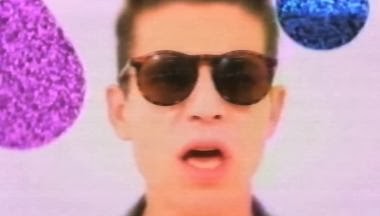 San Diego-based noise rockers Crocodiles have shared the video for "Teardrop Guitar", one of the highlights of their recently released fourth studio album 'Crimes Of Passion', out via Frenchkiss Records. The song is part of our current playlist.

Like the video for the album's lead single, "Cockroach," this clip continues the fuzzy, D.I.Y aesthetic and has plenty of retro, VHS-era effects.