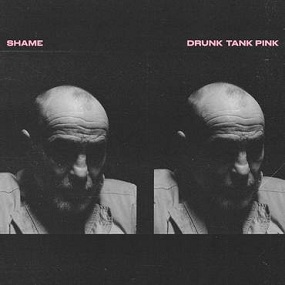 The follow-up to 2018's debut Songs Of Praise, was produced by James Ford (Arctic Monkeys), and will be out on January 15th via Dead Oceans. Pre-order your copy here.

There are moments on Drunk Tank Pink where you almost have to reach for the sleeve to check this is the same band who made Songs Of Praise. Such is the jump Shame have made from the riotous post-punk of their debut to the sprawling adventurism and twitching anxieties laid out here. The South Londoner’s blood and guts spirit, that wink and grin of devious charm, is still present, it’s just that it’s grown into something bigger, something deeper, more ambitious and unflinchingly honest.
To cope, guitarist Sean Coyle-Smith barricaded himself in his bedroom. Barely leaving the house and instead obsessively deconstructing his very approach to playing and making music, he picked apart the threads of the music he was devouring (Talking Heads, Nigerian High Life, the dry funk of ESG, Talk Talk…) and created work infused with panic and crackling intensity.
“For this album I was so bored of playing guitar,” he recalls, “the thought of even playing it was mind-numbing. So I started to write and experiment in all these alternative tunings and not write or play in a conventional ‘rock’ way.”
Frontman Charlie Steen, meanwhile, took a different tac and attempted to party his way out of psychosis. “When you’re exposed to all of that for the first time you think you’re fucking indestructible,” he notes. “After a few years you reach a point where you realise everyone need a bath and a good night’s sleep sometimes.”
The genius of Drunk Tank Pink is how Steen’s lyrical themes dovetail with the music. Bassist Josh Finerty had begun to record the band’s divergent ideas at home in South London which were then fleshed out in a writing trip in the Scottish highlands with electronic artist Makeness, before sessions in La Frette studios in France with James Ford.The result is an enormous expansion of Shame’s sonic arsenal.

The band have also aired the video for the album track "Water in the Well". Watch it below the tracklist.

Watch: Pierce with Arrow Drop New Single/Video "In the Depths of His Eyes" 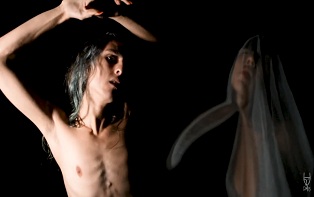 Berlin-based dark electronic duo Pierce with Arrow (aka Troy Pierce & Poison Arrow) have dropped the video for their new single "In the Depths of His Eyes".
The song is taken from their forthcoming debut album 'Shatter', which will be available on February 19, 2021 Dais Records. Pre-order your copy here.
The collaborative debut of American minimal techno producer Troy Pierce and Colombian audiovisual artist Natalia Escobar aka Poison Arrow was conceived in reverse: first they created a collection of shadowy surrealist videos, then wrote music inspired by them. This inverted process proved remarkably fruitful. Shatter is a simmering, slow-burn noir odyssey inspired by the Greek myth of Echo and Narcissus, traversing subtle shades of sleepwalker dub, metallic lament, broken beats, and erotic negative space. It's an effectively unsettling evocation of the legend's core theme: “There is nothing more complex than a shattered heart, or a heart that can't love.”
“In the Depths Of His Eyes proposes a reconfigured narcissism; a reimagining of Narcissus’ gaze into the pool, beyond self-absorption and vanity, to a moment of intrigue on the edge of introspection. Diving into the depths of the never-ending fall through states of transformation and re-creation.”
Watch/listen below.
(facebook.com/troypierce)
Publicado por KOOL ROCK RADIO en Wednesday, November 18, 2020 No comments: 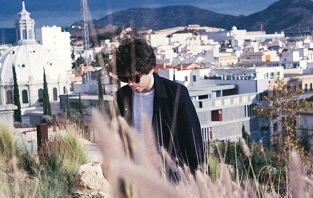 Berlin-based psych pop/post punk musician Nicholas Wood aka Saccades (best known for making up one-half of The KVB)  has revealed his new single "Like Everyday".

The song is out today (November 18) via Fuzz Club and is the first taste of a new album set for release early next year. Get your copy here.
Wood described the song as a slice of Ballardian synth-pop, replete with breezy electronics, languid guitars and echo-soaked vocals: “This song was written back in spring and it's about the idea of someone living their life through watching another person's facade of luxury. This year I've often read about people spying on their neighbours because of lockdown and so I imagined this all taking place in a Ballard-esque world of paranoia, isolation and opulent high-rises set against a fizzy synth-pop soundtrack.” 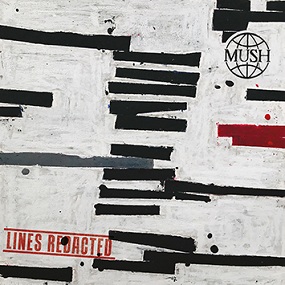 The follow-up to this year's debut 3D Routine,  was mixed by Lee Smith (The Cribs, Pulled Apart By Horses), and will be out on February 12th 2021 via Memphis Industries. Pre-order your copy here.

According to the press, this new record uses tongue-in-cheek cynicism as a coping mechanism for the environment that we now find ourselves in.
From one song to the next, Lines Redacted introduces a string of different narrators with each providing a different reflection on the Armageddon scenario that we are slowly entering, whether that’s bemoaning it or gleefully willing it along. 3D Routine presented a bed of scathing political jibes latching onto themes and decisions of the time. Lines Redacted mutates these ideas into something slightly more sinister whilst maintaining all of Hyndman’s razor-sharp wit that permeates the album. The humour is a lot more biting and cynical, influenced by the horrors and pessimism of the year that preceded it.