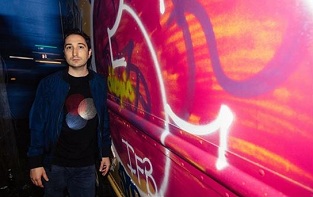 Brooklyn, NY nuke wave band Monograms (lead by multi-instrumentalist Ian Jacobs) have dropped their new single "Speak And Spell".
The song is taken from their forthcoming new EP 'Floors And Ceilings', set to arrive on June 18 via PaperCup Music.

“Speak & Spell” is a fine case point. Aptly written around the time of the Capitol riots in Washington DC earlier this year, Monograms funnelled the doomsday-like scenes and twitching unrest of the period into his latest work. With a bass riff that pulses like a countdown to the end of days, layers of scattered percussives, dislocated vocals, and overdriven synthesisers build to a critical mass of chaotic and compulsive sounds in delirious meltdown.
As Monograms says: “Speak and Spell was a tune that came together right in the days leading up to and right after the capital riots in January, in DC… Everyday felt like a new catastrophe. Everyone on edge at all times. I know it made me feel kinda crazy and it also felt like a lot of people were being fooled, which is sort of par for the course at times but this felt like a strange new dilema given all the circumstances. As it all unfolded, it almost encapsulated a heavy dose, all at once, of a bunch of other s**t we're all just stuck living in.” 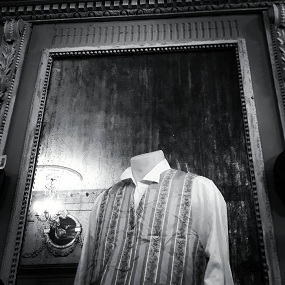 French/Swiss cold wave/minimal/post punk outfit Factice Factory have announced the release of their fourth studio album 'Figments'.
The follow-up to 2017's Lines & Parallels will be out on May 15 via Holy Hour Record.
From the band: Refers to an inner certainty and feeling that we believe to be real but that in fact is only the fruit of our own imagination, a kind of mirage. This fourth album was partly recorded during 2020 and 2021, a period of pandemic fear and restrictions we all had to face and adapt to against our own will. The need of escaping and creating became overwhelming, to gather and to let out our own personal emotions became urgent, the time had come again to experiment with sounds and to let down our masks and feel again free to express ourselves and to break the borders which had been built around us.
In view of this newborn and dull world order and the vital craving for dreams it became quite obvious for us to call our new release Figments.
There is a thin invisible line that connects the 7 tracks of this album, it is a journey, a wild and endless ride without limits nor targets to be reached, it is an escape lane, a trip for the soul and mind, a long road ahead filled with ghosts and blurred landscapes deserted towns where only dust is the witness of our passage. We wander like lost souls, throughout the empty nights in quest of a more brightful day somewhere there in the far...
We took it from scratch and without any boundaries in terms of style, we went on as we felt by then, going sometimes into a sultry neo-psychedelic sound, sometimes into something more shoegaze or noisy alike with of course keeping the print of our own musical influences and roots which could be considered as mainly post punk. A huge work was done on the post production and mastering, we all had in mind the typical Martin Hannett sound that marks the Factory Records productions and wanted to find something a bit similar, incorporating also more industrial and electronic elements into the whole project.
The final outcome seems to us quite massive.
Figments Tracklist:
01. Boiled
02. Dye Fading
03. Cent Dix Huit
04. Weimar
05. Distance
06. Tucson
07. Mojave (Part I-II-III) 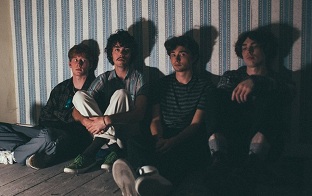 The song is taken from their new EP ‘Roxy Girls Are In The Drink’, which will be out on 27th August via Moshi Moshi Records. Get it here.

Speaking about it frontman Tom Hawick says: “months of mindless swiping culminate in the odd date. Some are an awkward waste of time and some result in two years of not being able to decide what to have for tea. I’m glad I didn’t pay for Tinder gold.”


Roxy Girls Are In The Drink EP Tracklisting:
1. Like A Buoy
2. Sister Fatima
3. In The Drink
4. My New Home
(facebook.com/roxygirlssunderland) 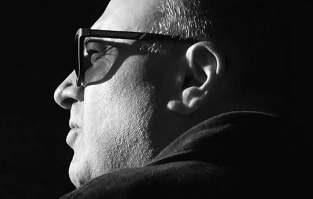 The song is taken from their new album 'Deritend', released in March via Gare du Nord Record. Grab it here
Watch the video below.

Watch: Holy Holy Share Music Video For "How You Been" 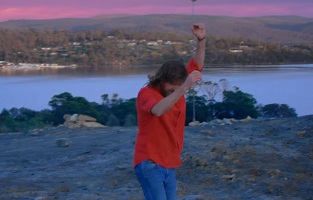 Aussie indie rock/alt duo Holy Holy (Oscar Dawson and Timothy Carroll) have shared the video for their latest single "How You Been".
The song is part of our current playlist and came out last month. Grab it here.

“It has a lot of the hallmarks of what we do,” Tim says. “At the core of it, it’s a classic Holy Holy song in the sense that there’s real storytelling. A character based, lyrical theme plays out.”
“Then there’s Oscar’s emotive chord progressions that subtly influence the way you feel. They feed into the lyrics. You don’t realise why, but you’re listening to the song and certain emotions come up."