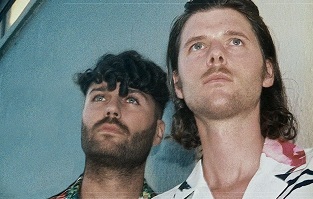 Aussie indie/electronic band Miami Horror have aired their cover version of The Church 1988 classic "Under the Milky Way".
The cover features on their forthcoming 10th anniversary reissue of their debut album 'Illumination,' which will be released on March 19th, 2021. Pre-order your copy here.
Speaking about it, Benjamin Plant says: “Back 2010 we were asked to cover one of our favorite Australian songs. We chose ‘Under The Milky Way’ by The Church, it represented many things that we love in music. The title, themes, sounds, otherworldliness were all things that resonated with us. It’s a very unique Australian classic.” 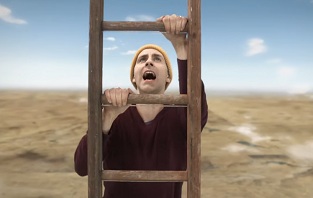 Newcastle indie rock band Maximo Park have dropped the video for their new single "I Don't Know What I'm Doing".
The song is taken from their forthcoming seventh studio album 'Nature Always Wins', which will be out on 26th February 2021. Pre-order your copy here.
Watch/listen below. 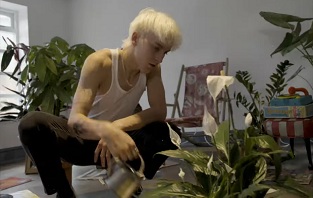 East Yorkshire dream-punk quintet Priestgate have unleashed the video for their latest single "Summ(air)".
The song is part of our current playlist and was featured as Single of the Week on July 29. Grab it here
Speaking about it, the band said: “We wanted to write a song that epitomises the feeling of nostalgia when the sun comes and goes in a Great British Summer”.

The video was shot and edited by Luke Hallet. Watch it below. 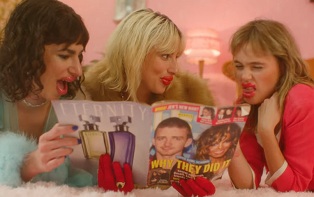 L.A. punk/garage rock quartet The Paranoyds have revealed the video for their new single "Hotel Celebrity".

The song is taken from their new EP 'Pet Cemetery'', out today, November 27 via Suicide Squeeze Records. Pre-order it here.

The video was directed by Ambar Navarro. Watch it below. 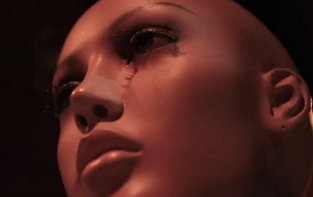 Mexican indie/electronic multi instrumentalist/producer Mufti (aka Bernardo Barrera) has unveiled the video for his new single "Silence" feat. Vongold.
The song is taken from brand new EP 'Silence', out today, November 27th via Her Majesty's Ship. Buy your copy here.
Watch/listen below. 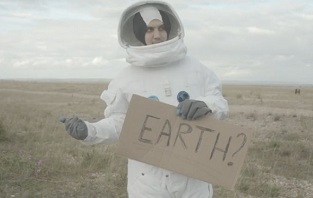 Liverpool singer/songwriter Tom Swan have released the video for his new single "Belong".
The song is out today, November 27 through Field Green Records. Get it here. 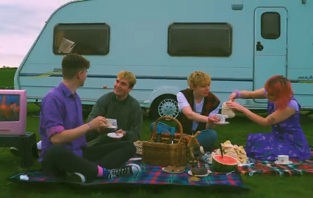 Irish alt rock/slo-fi band NewDad have aired the video for their catchy new single "I Don't Recognise You".
The song is out today, November 27. Grab it here.
Speaking about it, the band said: “The song is about watching someone you love lose their way. Sometimes, you can’t recognise them as the same person they were before.”
“We recorded the song in September in Belfast with Chris Ryan, who had mixed our last four songs, so it was amazing to work so hands on with him. It was our first time in a studio together, because we had recorded everything ourselves before. It was so much fun in the studio and we were able to really experiment with a lot more production techniques that have evolved our sound in a great way.” 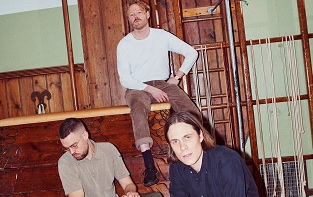 The song is taken from their forthcoming new album 'Wrestler' due out February 26th next year via Crunchy Frog. Pre-order your copy here.

Speaking about it, the band said: "'Cinnamon Girl' is one of the most personal The Entrepreneurs tracks yet; it's our take on so-called ‘everyday poetry’ with short lyric-vignettes describing the experience of parenthood set to an off-kilter guitar riff..”

Listen: Liam Gallagher Reveals New Single "All You're Dreaming Of" 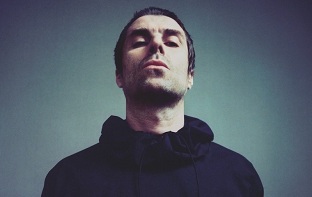 Liam Gallagher (former Oasis and Beady Eye frontman) has revealed his new single "All You're Dreaming Of".

The song, written alongside Ivor Novello winner Simon Aldred, was produced by Andrew Wyatt, who worked on both of Liam's solo albums, and is out now. Buy it here.

Speaking about it, Gallagher says: "All You’re Dreaming Of is an instant classic that is perfect for this time of year. Considering the year that we’ve all had, I hope this brings back some much needed love and hope. Bing Crosby would have been proud." 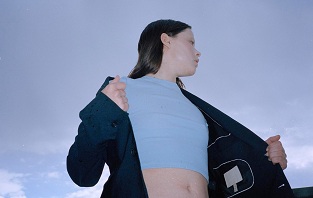 The song is taken from her upcoming new EP 'CROTCHROCK', which will be out on December 11 via PNKSLM Recordings. Grab your copy here.
Featuring 5 new songs recorded during the spring and summer of 2020, partly with former bassist Lina Molarin Ericsson, CROTCHROCK abandons the synth-leaning alt-pop sound of 20/20 ShitKid in favor of a lo-fi rock sound akin to the title track of Always Amber - somewhere between the garage pop of her debut LP Fish and the heavy rock sound Duo Limbo/"Mellan himmel å helvete". 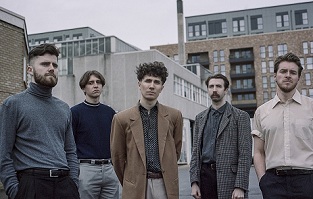 Taking inspiration from late 70s/80s-era funk, most notably in the joyful interaction of the guitars and the bass, on ‘Teeth’ the band reference Nile Rogers and CHIC’s knack for penning interesting, active instrumentals whilst remaining totally accessible and never overwhelming or self-indulgent.
UPDATE 30/11/2020: "Teeth" is our new Single of the Week!
Commenting on the track, which is laced with one of the most unforgettable bass grooves of the year, the band said: “‘Teeth’ sees us continue to push into more rhythmic territory and embrace the influence of funk bands Parliament and Tower Of Power, with its constant danceable groove punctuated by wonky guitars throughout. Lyrically the single explores the sinister magnetism of untrustworthy people and the way they can enter the lives of those vulnerable to their charms.”
Youth Sector’s music is a coiled spring of urgency and unpredictable energy, while lyrically offering a sense of catharsis for the confusion of modern adult life. Regimented drum beats and saw-tooth synth sounds are matched with erratic, dynamic vocals.
“We’re drawn to the balance between making something sound interesting and exciting while keeping it melodic and catchy,” explains front man Nick Tompkins of their approach to writing. “It's a difficult but enjoyable line to tread. Lyrically the idea of writing through the eyes of a character is something that grabs me particularly, as it helps me to empathise with and explore perspectives that I don't hold myself, as well as use characters to demonstrate more serious frustrations I have with the world.”
Grab it here and watch the video below. 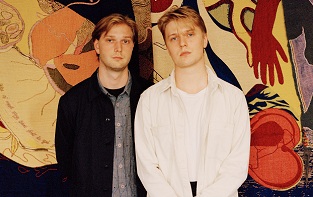 The song is out today (November 27) via Tambourhinoceros. Buy it here.
While “Splendour” still features the contributions of ex-bandmates Jacob van Deurs Formann (guitar) and Frederik Lind Köppen (drums), Communions are now solely led by the Rehof brothers, Martin and Mads. With their brotherly musical connection at the center, the Rehof brothers have assembled a new five piece constellation going forwards.
It is a song about “a sickly, unattainable love. One which possesses a destructive power.” Communions’ Martin Rehof sings of a “crowd of lovers” under the influence of a lust so intoxicating that it sends them “leaping in the grave”.
“I wouldn’t say that it’s necessarily about a specific person” says Martin Rehof, musing on the song’s multifarious meaning.  He continues: “Rather, in a less concrete sense, it’s about the oppressive power that certain things in life can have over you. For instance, making art is something I love, but not something I feel I can help, and often it can be quite painful and fruitless. It’s like this thing, whatever it is, has chosen you, and not the other way around. It might inflict you with pain, but you almost come to enjoy it; you sort of accept it, embrace it, and maybe even thrive on it. It’s the context of someone addicted to someone or something else — where the power dynamics are skewed.”