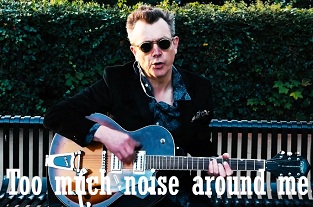 Manchester post-punk stalwarts Inca Babies have returned with their new single "Walk in the Park" and its accompanying music video.
The song is taken from their forthcoming eighth studio album 'Swamp Street Soul', their first in 7 years, which will be available on November 23 through Sonic Blew/[PIAS]. Pre-order your copy here.
Produced by Simon ‘Ding’ Archer (The Fall, PJ Harvey) at 6Db Studios, the clarity and fullness of sound on this new album surpasses that of any previous Inca release. This 11-track offering includes a re-visitation of 'Crawling Garage Gasoline', originally released on the 'Surfin’ in Locustland' EP back in 1985 and also recorded for the Incas' third John Peel session in June that year.
‘Swamp Street Soul’ takes you across a tightly euphoric path of differing moods and new arenas of guitar song writing. The Album continues the inca babies explosive exploration of Goth punk and trash blues sharing space with death rock grunge and cautionary ballads.
With a walking blues beat and infectious guitar lick, this feels like a reminiscing stroll through bluesy post-punk musings - as easy as a walk in the park.

Watch: Afflecks Palace Unleash "Spinner (It Must Be Love)" Video 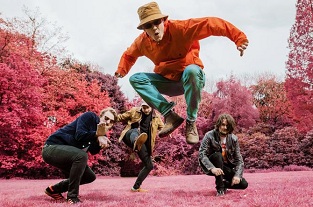 Manchester indie guitar/psych pop band Afflecks Palace have unleashed a new video for their latest single "Spinner (It Must Be Love)".
The song is part of our current playlist and is taken from their debut album 'What Do You Mean Its Not Raining', which came out last Friday (October 15) via Spirit Of Spike Island. Grab your copy here. 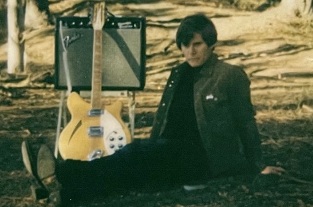 San Francisco indie pop/jangle pop musician Andy Pastalaniec aka Chime School has unveiled the video for his new single "Wait Your Turn".
The song is taken from his self-titled debut album 'Chime School', which will be available on November 5th through Slumberland Records. Pre-order your copy here.

Charmed by 80s indie and its 60s forbearers, Andy cut his teeth as a drummer with SF groups Pink Films, Cruel Summer, and Seablite; now he has come out from behind the kit to write and record his own material. The aptly named Chime School pays homage to the formative jangle of The Byrds by way of early Primal Scream and The Springfields.
Watch/listen below.
Publicado por KOOL ROCK RADIO en Wednesday, October 20, 2021 No comments: 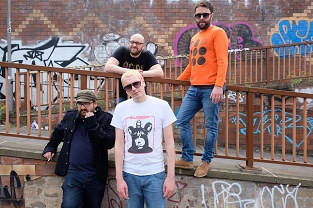 The song, b/w "In-Flight", will be out this Friday (October 22) via Lion Rebel Recordings. The band's new EP 'Second Best Time is Now', will be released later this year . Get it here.
Watch/listen below. 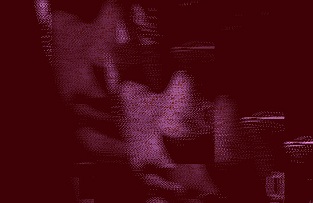 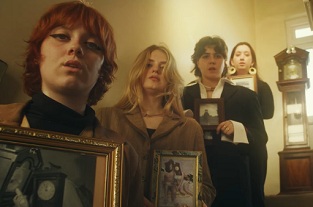 Brighton indie rock/pop/psych band Lime Garden have released the video for their new single "Clockwork".
The song is out today (October 20) through So Young Records. Get it here.
Speaking about it, singer and co-writer Chloe Howard says: “‘Clockwork’ was written at a time when we were feeling trapped in the cycle of our everyday lives. We wanted to capture that sense of being caught in a continuous loop where emotions sometimes lead us to a dark and frantic mindset. We’ve grown up being in this band at this time, somewhat losing that naïve childlike feeling of expecting to feel on top of the world every day.” 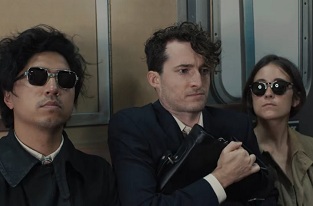 Brooklyn post punk/new wave/synth-pop outfit Nation Of Language have aired the video for their brand new single "The Grey Commute".
The song is taken from their forthcoming second album 'A Way Forward', set to be released on November 5th. Pre-order your copy here.
Speaking about the song songwriter/vocalist Ian Devaney says: “In some ways “The Grey Commute” is one of the more upbeat songs of the record, but in truth it’s one that was born out of much more depressing stuff. As I was working on the lyrics I had a kind of fixation on terrible tax policies, our cultural addiction to meaningless consumption, and it all got swept together into this punchy, kind of fun track.
“To give a sense of time: the Republican tax plan, under which we’re currently living, was just being passed and it was pretty clear just how mind-bindingly stupid it was. Such deep cuts to the taxes of the hyper-wealthy and corporations were both shocking and not shocking at all, and it was difficult to comprehend that anyone thought it wouldn’t lead to the exacerbation of the inequality and instability that defines our time. But here we are. You can see everything I felt then pretty clearly represented on the page when absent any backbeat and melody, but the rant gets dressed up a bit with some bounciness on the final cut to help serve as a bit of a Trojan horse to hopefully get the sentiment across.
The video’s overt absurdity serves a similar purpose in trying to compliment the absurdity of the subject matter.”
Watch/listen below. 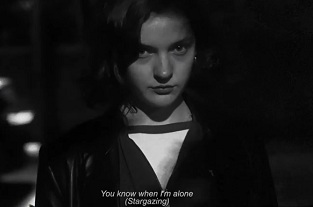 Liverpool indie pop/dream pop/jangle band SPINN have revealed the video for their latest single "Stargazing".
The song is taken from their eagerly awaited second studio album 'Outside Of The Blue', set to arrive on November 5. Pre-order your copy here.
Frontman Johnny Quinn says, "Stargazing it’s about this woman who is a vampire in this really rough fictional town in Iran called ‘Bad Town'. She basically goes around and kills all the drug dealers and shit, but then she falls in love with this guy who looks like James Dean.”
“The video is something I’m really proud of, naturally from the start I knew I wanted to make a mini horror movie, that was the plan from the start. I worked really hard alongside Luca Crawford-Bailey and Arris Roussos to get the idea across and I think it turned out brilliantly. It was really cool working alongside Catriona Chandler too, she’s got a brilliant future in acting ahead so we were all made up to have her involved in the shoot. It was a lot of fun to film, and was fuelled by cheap wine to keep us all warm in the cold suburban Liverpool night.”
Watch it below.