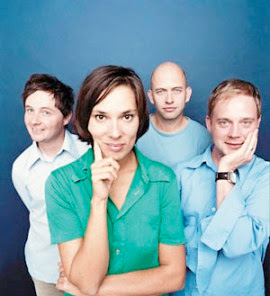 Psych-pop outfit Stereolab are set to release their new album entitled 'Not Music' on November 16th.

The stule of Stereolab are almost impossible to classify. Their music moves through huge stylistic shifts, with the band's recorded output moving from glistening psych-pop to exotica, electronic and plenty more. At times singing in different languages, Stereolab have always sought to defy convention. Recently the band have begun operating in France, developing a home studio in the Southern city of Bordeaux.

Due for release later this year, 'Not Music' is a typically inventive recording. The band worked from rhythm tracks upwards, experimenting with up to seventy drum loops before constructing the actual songs.

The band's twelfth studio album to date, will be released via Stereolab's own Duophonic UHF Discs, the song titles are typically hallucinogenic. 'So Is Cardboard Clouds' and 'Everybody's Weird Except Me' share space with 'Two Finger Symphony'. 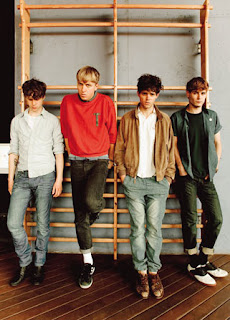 The band's debut album was a huge succes for Kool Rock Radio in 2009, and so it is now for the rest of the world, which was easy to guess because of their fresh style and inidie hits. Tracks such as 'Lets Go Surfing' have a euphoric sound, despite being lyrically downbeat, we could say they are the Beach Boys of  today.

As we all now the music industry moves at a ferocious pace. No sooner do a hot new band release their debut album than a record company begins requesting more new material. Spending the summer playing at British festivals, The Drums have begun to focus on the inevitable need for more tracks.

The Drums explained on an interview that they have already begun sketching out plans for their new album.  The band have spent the summer travelling from country to country, rarely staying in one city for longer than a few days.

Frontman Jonathan Pierce explains: "It’s great, but it’s very very very busy, and everyone that we come in contact with us that works with us, we hear the same thing from all of them: they’ve never worked with a band that works this hard!"

Talking about what to expect about their second album, Connor Hanwick explained that they don’t want to do a whole lot of change. "What’s exciting us is songs, not stylistic stuff. Stylistically and sonically and production-wise, the album will sound pretty similar to this one, just with new songs. If something new comes along and we think it feels good we’ll go with it. We’re not gonna shun anything new just because it’s new, but at the same time we’re firm believers in if it’s not broke don’t fix it" he said.

Will be good to have more of The Drums.
Publicado por KOOL ROCK RADIO en Tuesday, August 17, 2010 No comments: 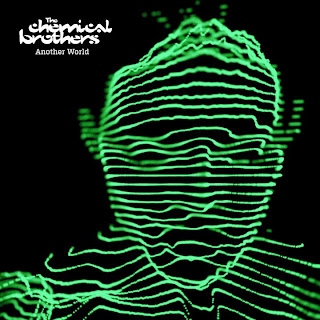 The new single of package "Another World" from the Chemical Brothers has arrived! The digital release, out this week.

With "Further", the Brothers went back to basics, shaking free big name guest vocalists and instead releasing a studied, concise 8 song opus with dazzling accompanying visuals - which wound together proves to be one of their most cohesive and compelling records yet.

Now is time for the new single "Another World", which shows just how this stripped down approach works so well; it's a shimmering, pulsating, lolloping slice of electronica, one which builds, slowly and steadily, from a simple piano break, before growing to become an encompassing, dreamily propulsive epic. It's simple yet devastatingly effective, particularly as it progresses towards its euphoric climax – and another potent reminder of just why The Chemical Brothers are still, after all these years, in a league of their own.

The Chemical Brothers - Another World

The single release boasts an eclectic selection of mixes and features the much in demand 'BoysNoize' and 'Popof' remixes, as well as the 'Lindstrom & Prin Thomas' remixes - which are available on all formats.