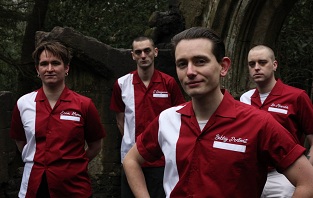 London art punk/avant-punk band Italia 90 have dropped their new single "Borderline".
The song is taken from their forthcoming exclusive 7”, released on 16th April through Brace Yourself Records. Pre-order your copy here.

“‘Borderline takes aim at the failed third-way ideology that led to our present political moment,” the band explains. “‘The thing you created / is the thing you have hated’ takes to task the hegemonic establishment for its complicity in the very brutality it claims to speak against.”
Take a listen below. 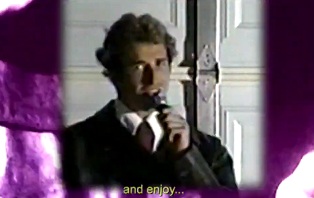 Bay Area post punk/goth band Valuemart have released the video for their newest single "Vapors".
The song is taken from their forthcoming debut album 'Underground Alice', which will be out  on the 1st of March through Detriti Records. Pre-order your copy here. 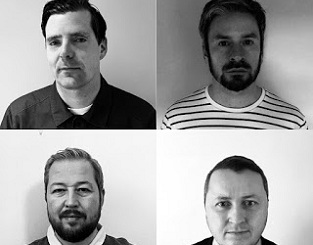 English indie rock band SENSES have released their new single "Drop Your Arms".
The song is taken from their forthcoming debut studio album 'Little Pictures Without Sound', out sometime this year. Get it here.
The song is an instant, upbeat and energetic 'call to arms' and written as a reminder to people to fight for what is important to them and to not be afraid to drop your arms and learn to love your vulnerabilities. The lyrics quote "and I won't hold back to the feeling" - in current times these words resonate deeply. The song is about giving people hope, fighting for all the good in life and celebrating being dreamers.....because we all are. The song sums up the current social and political climate but showing that better times are on the way.
Take a listen below. 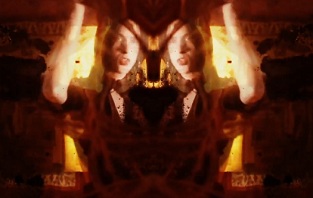 UK electronic/techno project Sylph (aka Thomas Cohen from synth-punk project S.C.U.M.) have premiered the video for his new single "Never Thought I’d Feel Again".
The song, a collaboration with Terence Fixmer, is taken from the forthcoming debut EP 'Silver As It Was Before', which will be available on May 21st via Mute. Pre-order your copy here.
Speaking about it, Cohen said: “That track was actually written about meeting Terence for the first time, although I haven’t told him that. I think I’m always looking for that in between space, and that is what I’m trying to bring with the vocal on that track. On this new project I wanted to fuse the singer-songwriter format of having a verse or a chorus, with a harder electronic repetition...” 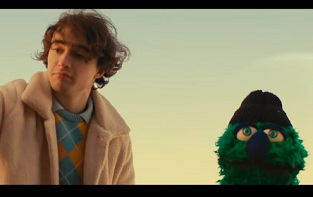 The song is taken from his forthcoming mini-album 'Forever Isn't Long Enough', set to arrive on 7th May. Pre-order it here. 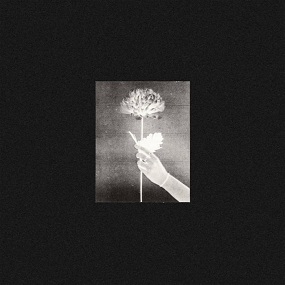 Preston, UK dreampop/noir pop/post punk/shoegaze band White Flowers (Katie Drew and Joey Cobb) have announced the release of their new studio album 'Day By Day'.
The 10-track record will be will be released 7th May via Tough Love, featuring their lovely new single "Daylight". Pre-order your copy here.
For the duo, it was only on leaving London to return to their native Preston that the dark-hued dreampop of their debut album, Day By Day, began to crystalize.
"There’s something uniquely bleak about the North,” says Joey, speaking from the abandoned textile mill that White Flowers call home, “but in that bleakness there’s a certain beauty.”
The pair had left Preston for London to study at art college, and it was there that they first began to explore the nascent psych scene bubbling under in the few remaining arts-orientated spaces in the east of the city. It soon inspired them to begin work on music of their own.
“We didn’t want to be a psych band,” explains Katie, "but discovering that music gave us both energy and focus. We’ve spent so many years developing these songs, because I think it was important we waited until White Flowers became its own defined thing."
The pair found that by using equipment they barely understood, they produced their most innovative work. Beginning on GarageBand, they crafted loops that turned into songs, and by the time they’d worked out how to use it, they’d graduated to a drum machine.
Now very much in control, and with a clear and determined focus, the pair began producing music that, whilst leaning into the North’s post-punk past, possessed a vision and depth informed by their own post-industrial Preston experiences.
‘Daylight’ pushes forward with a prettiness matched by Katie’s oblique, near-glossolalia vocal. “We don’t like it when things are clean or overproduced” explains Katie, “and there’s something interesting in the instinctive nature of the first thing you sing, because you don’t really know what you’re singing until it comes out and it makes sense.” That psychographic-style process to writing informs a collection of songs that are at once both intuitive and fully-formed.
Check out the album's tracklist and watch the video for "Daylight" below.
Day By Day Tracklist:
01. Intro
02. Night Drive
03. Daylight
04. Stars
05. Tried to Call
06. Help Me Help Myself
07. Day By Day
08. Different Time, Different Place
09. Portra
10. Nightfall