Los Angeles indie pop quintet Warships have shared the video for "Heater", taken from their just released EP 'Shadows', available now on iTunes. The song is part of our current playlist www.koolrockradio.com.

The video was directed by Frederik Boll and Jon Shoer. Watch it below. 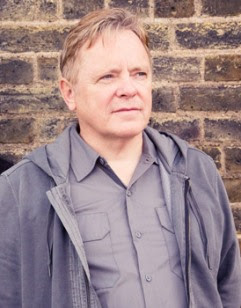 Bernard Sumner will release his autobiography in 2014 telling stories of Joy Division and New Order.

According to The Bookseller, Sumner has signed a deal with Transworld to publish the as-yet-untitled book, which promises to "explore Sumner's formation of Joy Division alongside Ian Curtis, his relationship with bandmate Peter Hook, and the inspiration for ‘Blue Monday,’ the biggest selling 12-inch single of all time."

"Joy Division and New Order have both left quite a legacy but up until now I've been happy to let the music speak for itself. Somehow it feels like the right time to give my personal perspective both on my own life story and the many bands I've been in." 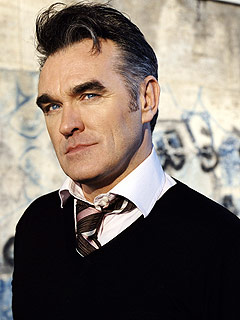 Morrissey has confirmed he will embark on a South American tour that hits Peru, Chile, Argentina, and Brazil in July.

Morrissey’s 2012/13 tour of North America was eventually pulled for good back in March due to a number of medical ailments, including a bleeding ulcer, Barrett’s esophagus, and double pneumonia. There are no plans to reschedule those affected shows.

Now, fully recovery Morrissey is ready to hit the road again. Check out the full itinerary below. 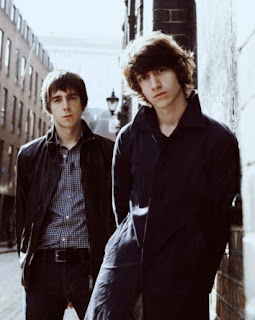 Miles Kane revealed that he has teamed up with Arctic Monkeys' Alex Turner to write a new track titled "Get Right" together and that it will be the B-side for a future Kane single.

“I was in LA with him about a month ago. I’d just been through this break up and was feeling a bit down. We were in this club, messing around with this idea called ‘Get Right’. We recorded it two days later, I brought it home and finished it and I’m putting it on as a B-side for my single. It’s great, man.”

The track will be the first fruits of Kane and Turner’s collaborative talents since The Last Shadow Puppets 2008 debut album ‘The Age Of The Understatement‘.

According to what he said to NME, Kane remains confident that they will eventually write a new LP together once their respective diaries allow it: "I think the plan is to release something again, for sure. Since we did that, Alex Turner has been busy and I had to find my feet with being on my own. If it comes after the end of this cycle and the end of his next record we'll probably be both ready and really up for it. It's just on the sidelines, there's nothing written for it."
Publicado por KOOL ROCK RADIO en Friday, June 14, 2013 No comments: 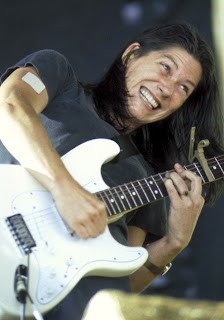 The remaining members Black Francis, Joey Santiago and David Lovering have announced today (June 14) via their official Facebook page that Kim Deal is no longer part of the band.

We are sad to say that Kim Deal has decided to leave the Pixies. We are very proud to have worked with her on and off over the last 25 years. Despite her decision to move on, we will always consider her a member of the Pixies, and her place will always be here for her. We wish her all the best.

Deal joined the Pixies in January 1986, tensions between her and primary songwriter Frank Black led to the band’s hiatus in 1990. It was during this time that deal formed The Breeders. She returned to Pixies for 1991's Trompe le Monde and supporting tour, which included a slot opening for U2.

Deal continued on with The Breeders, releasing their seminal album Last Splash in 1993. In 2004, the Pixies reunited for appearances at Coachella and Austin City Limits. She is currently touring the country with The Breeders, who reunited to celebrate the 20th anniversary of Last Splash.
Publicado por KOOL ROCK RADIO en Friday, June 14, 2013 No comments:

Swedish indie-rockers This Is Head have shared a psychedelic music video for "Illumination", the second single from their second album 'The Album ID' released in March.

The video was produced, directed and filmed by Maciej Kalymon. Watch it below.

Editors have revealed the video for "The Weight", a song taken from their upcoming new album 'The Weight Of Your Love', out on July 1st via PIAS.

Previously the band already gave us the record’s first video "A Ton Of Love".

The black and white video, filmed in Nashville during the recording of the album, was directed by James Lockey, brother of guitarist Justin. Watch it below.