Bloc Party Confirm They Are Working On New Material 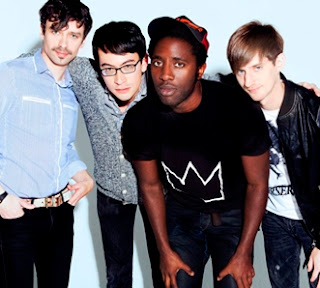 Bloc Party's guitarist Russell Lissack has confirmed that they are back in the studio working on new music.


Speaking to Miami New Times, Lissack revealed that they've been working on six tracks, including 'Children Of The Future', the new song they have performed at their live shows.

"We still need to do the vocals, but we've been working on six new songs. Depending on how the finished things pan out, we're either going to put out a single or an EP. I think in June or July. That ['Children Of The Future'] is one of the songs that could potentially be on it." Lisssack said.

"I think all six songs are very different. I think all the records we've made have been quite eclectic, and this EP is no different. I'm not sure ultimately what songs will be released, but there's quite a variety of songs and sounds coming up."

"I was listening to a lot more electronic music the last few months, stuff like Totally Enormous Extinct Dinosaurs and Deadmau5. Then the last few weeks, I've really made an effort to listen to some guitar music again. I was finding it really difficult to get inspired by guitar music recently. I listened to the album by Everything Everything and Foals, and they were both really good." He added.

French electro-pop duo Juveniles, have revealed the official video for their latest single "Fantasy", another cut taken from their forthcoming debut album, which was produced by Yuksek. The song is part of our current playlist www.koolrockradio.com.


In case you missed it, watch the video for their previous single "Strangers" here.
Get "Fantasy" now on iTunes.
Publicado por KOOL ROCK RADIO en Friday, May 17, 2013 No comments: