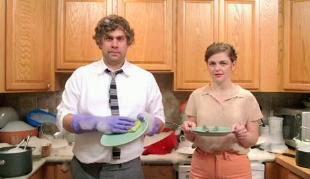 Olympia, WA indie pop duo Lake have released a new video for the track "Perfect Fit", off their latest album 'The World Is Real', released in September through K Records.

The song is part of our current playlist. Get your copy of 'The World Is Real' here.

The video features band members Ashley Eriksson and Eli Moore playing the role of husband and wife in a slightly surreal domestic mode. They're doing pretty standard things like washing dishes, hanging up clothes, and making breakfast but everything is amplified to massive quantity. 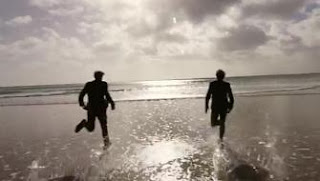 The follow up to was produced by Nick Roughan (SKEPTICS), featuring some David Kilgour (The Clean),  and will be out on November 22 via Flying Nun Records. Pre-order your copy here.

Previously, the band have revealed the album's lead single "Chance", which was featured as Single of the Week here on Kool Rock Radio on July 15.

The video tells the story of two working guys, having a really rough day, the way out? the sea of course! Watch it below. 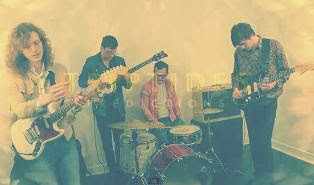 Bloomington, IN psychedelic/ dream rock four pice Triptides have unveiled the video for "Set You Free", the opening track from their recently released sophomore album 'Predictions', out now via Stroll On Records.

The song is part of our current playlist and was released as double A single with "Laser Background" on limited 7" & digital, in August. Get your copy of 'Predictions' here.

The video was directed by Dante Augustus Scarlatti. Watch it below. 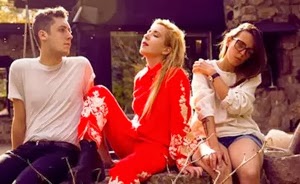 Canadian wave pop band Austra have revealed the music video for their new single "Forgive Me".

The song is part of our current playlist and taken from their sophomore album 'Olympia', released back in July via Domino. "Forgive Me" alongside two new b-sides "Hopeless Place" and "Holy Place" will be available digitally on November 26th. Pre-order your copy now from iTunes.

Katie Stelmanis of Austra said of the video: "A night vision camera captures life in a dark park. Among the hidden corners and leaf-covered hideaways, people purge and absolve their sins through sexual liberation. We highlight a romance between a man and a woman who seek forgiveness from each-other: the only forgiveness that is of any importance."

It was directed by Claire Edmondson. Take a look below. 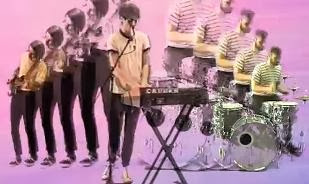 The track is part of  our current playlist and is one of our favourites from the EP, which came out in August via Greco-Roman. Get your copy of Elliot here, if you haven't got one yet.

Previously, Roosevelt has already shared the clips for "Sea" and "Elliot".

The trippy VHS video was shot and directed by Roosevelt himself with a bunch of friends in it. "I had the idea to do a video that looks like a futuristic video from the past. What I don't like about most other new videos is their vintage approach. I'm really not into Instagram filters on modern HD material, it just doesn't look good. The Montreal video actually doesn't have an effect or any post-production on it - it's filmed on an old VHS camcorder, so it took ages to shoot and to digitise. A friend helped me to shoot and he also had access to a green screen studio. Although it was a lot of work I was really excited. I'd never done anything like this before but always wanted to try it." He said.