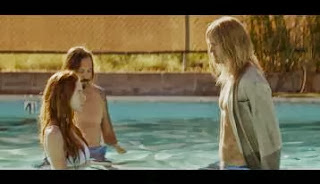 Australian indie band Cut Copy have premiered the video for "Free Your Mind", the official single and title track of their upcoming fourth studio album Free Your Mind.

The album features 14 tracks and will be out on November 5 via Loma Vista/Modular, it was produced by the band's Dan Whitford, and mixed in upstate New York by Dave Fridmann (Tame Impala, MGMT, the Flaming Lips). You can pre-order your copy now from iTunes.

The video was directed by Christopher Hill, and stars Swedish actor Alexander Skarsgard (a.k.a. Eric Northman from True Blood) playing as a New Age cult leader making the rounds of his picturesque compound. Watch it below. 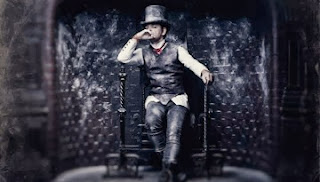 English electro-industrial pioneer Gary Numan has shared the video for his new single "Love Hurt Bleed", taken from his forthcoming album 'Splinter (Songs From A Broken Mind)', which will be released on October 15th North America / October 14th UK/Rest of the world.

The deluxe version of the album includes 6 extra songs (4 demos and 2 remixes). You cna pre-order your copy from iTunes, Amazon, or Numan's official store.

The video was directed by Joel Knoernschild, who said: "Having the opportunity to work with Gary was tremendously exciting, as well as a little intimidating. 'Cars' is often cited as one of the first full-length commercial music videos ever, so we had  some pressure on us. We shot with four video cameras ranging from mid 1970s to early 2000s plugged into an old tube TV. Then we shot the TV with an Arri Alexa, one of the best HD cameras in the world. There’s  lots of mixed media in the video and all of the effects you see were done live. There are no VFX shots done in post production." 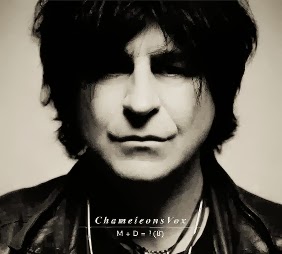 The limited edition EP features three new songs, "Heaven", "Sycophants" and "Feel The Need," plus a cover of the Beatles' "Across the Universe." According to the official ChameleonsVox website, the EP will be available to pre-order once the official release date has been confirmed.

The release will be a numbered, limited-edition release, the band notes, "so when they're gone, they're gone."

In Mark's own words: "The Ep constitutes my first release of fresh material in almost TEN YEARS. I nearly dropped cork leg when that was pointed out to me, because trust me it doesn't feel that long to me, but then it never does, does it?

The four tracks are 'Sycophants' (in the pants) - co-written with my regular guitarist Chris Oliver, 'Heaven' and 'Feel The Need', engineered and co-produced with a long time collaborator Yves Altana who some may remember from past projects 'Invincible' and 'Paradyning'. I'm also collaborating with Yves, along with one or two others, writing and recording a brand new album 'Eden And The End Of The World', which we hope to have completed to coincide with the next manned mission to Mars, or early 2014, whichever comes first. Oh by the way, the title is a coded message to someone but in no way should it be considered as a threat to International security or world peace."

The band have also announced they will embarks on a European tour next month, opening a run of 13 dates on Nov. 8 in Paris, and performing in Germany, Ireland and the U.K., before wrapping up Dec. 8 in London.
Publicado por KOOL ROCK RADIO en Thursday, October 10, 2013 No comments: 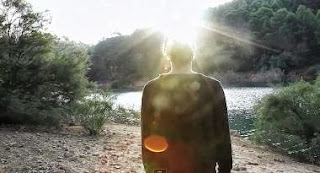 Parisian dream-pop outfit Apes & Horses have released the video for "The Fields" taken from their upcoming debut EP 'Bleu Nuit', out on October 21 via Cracki Records. The song is part of our current playlist.

The band are managed by Warren Bramley, who used to look after Wu Lyf, and they're actually similar but only musically. "The Fields" comes complete with Wu Lyf guitar sound and wholesome vocals. You can pre-order the 'Bleu Nuit' EP here (iTunes France).

The video was shot and edited by the band, and features a man travelling on his motorcycle through the streets of Paris, finding escape in the strangest of places. Check out below.

Watch: Nightlands Unveils Music Video For "So Far So Long" 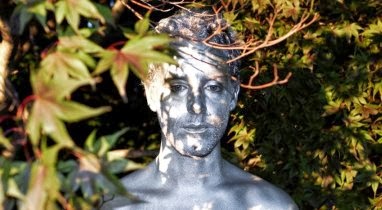 Philadelphia-based multi-instrumentalist Dave Hartley aka Nightlands (also known for playing bass in The War on Drugs), has unveiled the video for "So Far So Long".

The song was the first single taken from his sophomore album 'Oak Island' released earlier this year through Secretly Canadian.

The video, filmed and directed by David S. Kessler, features some wild horses, and was shot in northern Iceland as part of the international exhibition, Due North, opening January 2014.

Watch: Atlas Genius Premiere Music Video For "If So" 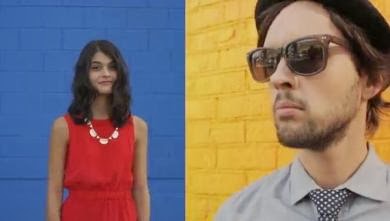 Australian indie pop/rock band Atlas Genius (made up of brothers Keith and Michael Jeffery) have premiered the video for "If So".

The song is a classic tune here on Kool Rock Radio and, it was released as the band's second official single in February 2013, and is taken from their debut full-length 'When It Was Now', released the same month via Warner Bros. Records

The video was directed by Anders Rostad, and stars Sofia Black-D'Elia. Watch it below.

Watch: Manic Street Preachers New Video For "Anthem for a Lost Cause" 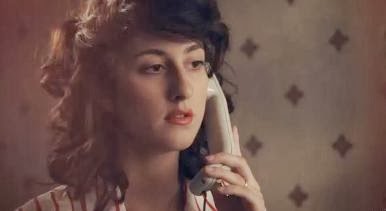 Welsh three-piece Manic Street Preachers have shared the video for "Anthem for a Lost Cause", the second single taken from their recently released eleventh studio album 'Rewind The Film'.

"Anthem for a Lost Cause" will be part of the band's forthcoming 4-track EP, released on November 25 via Columbia Records. The EP will feature two new songs: 'Death Of A Digital Cause' and 'See It Like Sutherland' and a live version of 'She Is Suffering' recorded at the band's National Treasures one-off London live show at the O2 in 2011.

The clip was directed by Kieran Evans and stars Welsh actress Tori Lyons, who had previously appeared opposite Craig Roberts (Submarine, Skins) in the clip for "Show Me The Wonder".

"The video for 'Anthem for a Lost Cause' is heroic, emotional and defiant; a timely reminder of the power of support women gave their communities. And it looks beautiful too." Said bassist and lyricist Nicky Wire. 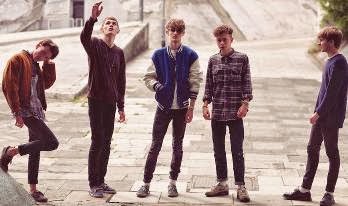 Mixed by Adrian Bushby (who has previously worked with the likes of Two Door Cinema Club and The Rapture), the 7" single b/w "Bad Dream" is set to be released on November 18 via Once Upon A Time Records.

The video was directed by Lucy Anne Watkins. Watch it below.