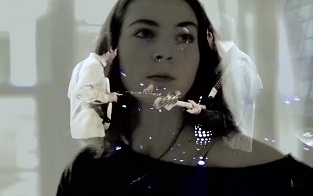 The song is part of our current playlist and came out last month. Grab it here

The video was directed by Paul Wilmshurst. Watch below. 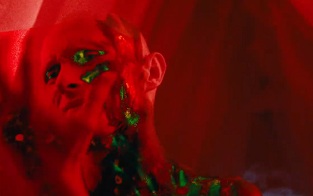 Bristol electronic/dance/punk/techno outfit Scalping have premiered the video for "Chamber".

The song is part of our current playlist and came out last Friday (March 1st)  b/w "Satan II" via Council Records. Grab it here.

The video was directed by the band's own Jamie Thomas. below. 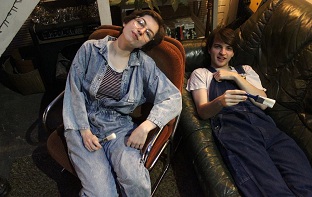 The song is taken from the upcoming debut EP 'Video Days' , set to arrive this Friday (March 8) via Heist Or Hit on March 8. 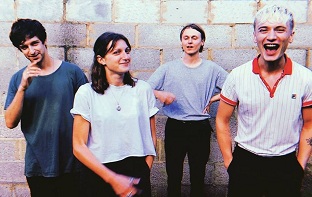 An urgent, impassioned warning from the humanity’s dark side that spins around woozy riffs and menacing-yet-wise vocals, Talk Show’s Fast and Loud is fuelled by the tense energy of keeping it together in the face of impending chaos. For fans of Shame, Gang of Four and Dr John Cooper Clarke.

“I aimed to not actually form an opinion about city life, I was more just trying to supply an ‘eye witness’ account, though whether it’s ended up as that or something more exaggerated depends on the listener’s interpretation,” laughs Talk Show’s frontman Harrison Swann of Fast and Loud’s visually charged lyrics. “The song is pretty much a stream of my thoughts, which manifested into a take on people and cities. It’s pretty bleak stuff, to be honest but, it worked for me.”

The song is our via Yala! Records. Get it here and stream it below. 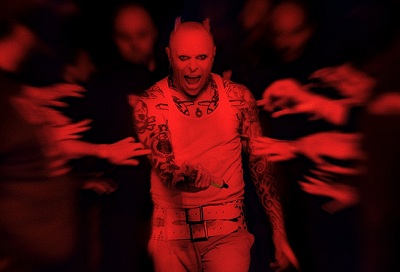 The band, who were due to tour the US in May, confirmed his death in a statement:

"It is with deepest shock and sadness that we can confirm the death of our brother and best friend Keith Flint," the statement read. "A true pioneer, innovator and legend. He will be forever missed."

In a post on The Prodigy's official Instagram account, bandmate Liam Howlett added: "I can't believe I'm saying this but our brother Keith took his own life over the weekend. I'm shell-shocked... angry, confused and heartbroken."

Further tributes have been made from his musical peers, including dance duo the Chemical Brothers, who called him “an amazing front man, a true original”.

Richard Russell, head of the XL Recordings label that first signed the group, said: “Devastated keith flint is gone. not just a great performer. he had total integrity & an incredible sense of humour. one of the sweetest people I’ve ever worked with. what a beautiful energy. what a gentleman. privileged to have known him. miss u keith.”

Beverley Knight said the Prodigy were one of “the most innovative, fearless, ballsy bands to grace a stage and Keith was perfection up front. We have lost a Titan.”

Sleaford Mods, whose frontman Jason Williamson collaborated with the Prodigy on 2015 track Ibiza, tweeted: “Very sorry to hear of the passing of Keith Flint. Good night mate. Take it easy.” Drum’n’bass producer Friction said: “I wouldn’t do what I do without him and the Prodigy in my life.” Another collaborator, the band Kasabian, described him as a “beautiful man” and “incredible pioneer”.

Email ThisBlogThis!Share to TwitterShare to FacebookShare to Pinterest
Etiquetas: Keith Flint, The Prodigy 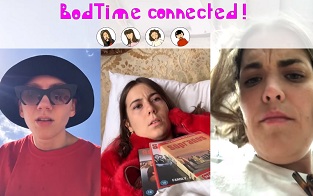 The song is taken from their 'EP2', out May 3rd via Partisan / Inertia. Pre-order your copy here.

The video was shot and directed by Nicholas Griffith, Sophie McComish, Cecil Coleman, Annabel Blackman and Georgia Wilkinson-Derums. Watch it below. 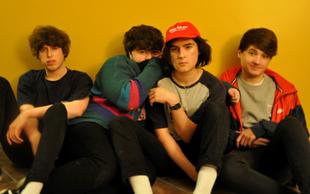 The song is out now via Clue Records. Grab it here and stream it below.