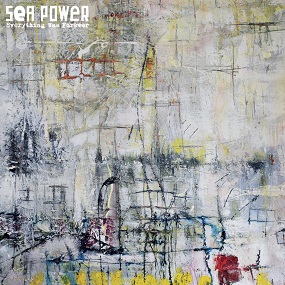 UK indie/alt band Sea Power, formerly known as British Sea Power, have announce the release of their new studio album 'Everything Was Forever'.
The 10-track album will be out February 11, 2022 via the band’s own label Golden Chariot. Pre-order your copy here.
The band said that the same change is a modest gesture of separation from the wave of crass nationalism that has blighted the world recently. It’s not lost on them that their old name didn’t really represent a group that have always been internationalist in outlook, most notably on the authentic Waving Flags, which they describe as a hymn to pan-European congress.
Sea Power are: Jan Scott Wilkinson (vocals/guitars), Neil Hamilton Wilkinson (vocals/guitars), Martin Noble (guitars), Matthew Wood (drums), Abi Fry (viola), and Phil Sumner (keyboards/cornet).
Speaking about the new single “Two Fingers”, Yan said: “The song is part inspired by our late dad. He was always giving a two-fingered salute to people on the telly—a kind of old-fashioned drinking term, toasting people or events: ‘I’ll drink two fingers to that,’ to some news item or to memories of a childhood friend. In the song it’s a toast to everyone, remembering those in our lives and those sadly no longer here and to making the world a better place. The song is ‘F*** me, f*** you, f*** everything.’ But it’s also ‘Love me, love you, love everything’—exultation in the darkness. If you say ‘f*** you’ in the right way, it really can be cathartic, a new start.”
Yan adds: “It’s maybe interesting that the song mentions nightmare monsters from the world of HP Lovecraft. This song has been around a little while, partly because of the big interruption of Covid. Between the song being written and the album being finished, the TV series Lovecraft Country was broadcast—which took the supernatural Lovecraft and ran it alongside 1950s America and Lovecraft’s racism. He was a terrible racist, a white supremacist, which is why his world is there in the song, like anti-matter—something full of horror and mankind at its worst. But, alongside the negative forces in the song, there’s also a strong hopeful intent, a desire to start anew. Beyond that, the track has influences that are just inspirin—David Lynch, Cold War Steve, the Sex Pistols, Joe Meek’s Telstar, the beauty of isolated landscapes.”

Check out the album's tracklist and listen to “Two Fingers” below.
Everything Was Forever tracklist:
01. Scaring At The Sky
02. Transmitter
03. Two Fingers
04. Fire Escape In The Sea
05. Doppelgänger
06. Fear Eats The Soul
07. Folly
08. Green Goddess
09. Lakeland Echo
10. We Only Want To Make You Happy 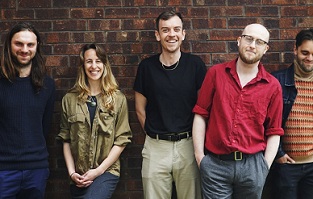 Reading/London alt-pop six-piece Adam & Elvis have unleashed the video for their new single "The Landlord".
The Landlord channels the nervous energy internalised by the modern tenant. With the Landlords’ rights axiomatic in our confused liberal society; freedom means the freedom to control and extract. This short agitpop song lays bare the feudal hangover still haunting modern Britain, over modulated synthesisers à la Happy Mondays and Snapped Ankles.
Watch/listen below. 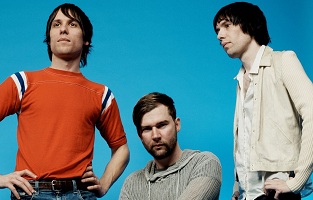 The song is taken from 'Sonic Blew Singles Club', 4 brand new 7” singles, one per month for the rest of 2021. Get it here
“Basically, after 3 years away from the road we just ended up with SO many songs built up in the vaults that we wanted to try doing something different and interesting with them!” Gary Jarman explains. “We had a bunch of extra tracks from the ‘Night Network’ sessions which we finished and mixed over lockdown…and then the extra downtime led to us coming up with several new songs also. Of course we could have just put them all to one side and held them back for a new album or whatever, but that doesn’t seem like much fun…
“Back in the day, we were always a band that were known for our B-sides - a concept that is pretty much irrelevant nowadays…we know that the fans miss this, so setting up the Sonic Blew Singles Club seemed like the ideal solution - we get to clear the vaults, and people get a guaranteed new single plus B-side every month.” 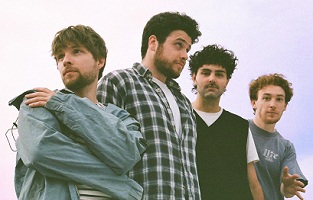 The song is taken from their forthcoming sophomore album 'What’s On Outside' , set to arrive on October 22 via Moon Crawl Records. GEt it here. 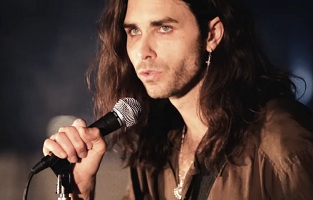 Los Angeles new wave/post punk/synth pop duo Second Skin (aka Brian Tarney and Brian DaMert) have shared the video for their newest single "Far Away".
The song is part of our current playlist and came out last week (August 6), get it here.
Watch the clip below.