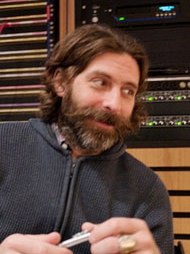 In an interview with Newsbeat, Managing Director of Fiction Records Jim Chancellor, has said record labels are ‘scared’ of signing new guitar-based bands due to the lack of mainstream success being experienced by many of today’s emerging rock acts.

“The problem is everyone is looking for instant results from a new signing," says Chancellor. "What we’ve tried to do at Fiction is help bands through those phases. We try and nurture talent. Television is very limited. For guitar bands it’s Channel 4 and Later…With Jools Holland. There are very few other outlets. As much as it is difficult to get heard the White Lies record sold really well and so has the Snow Patrol record in a climate where it's been tricky." 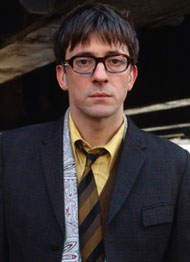 Graham Coxon has confirmed that he had completed work on his new solo album. The guitarist, who is still reportedly taking part in low key recording sessions with Blur, will release 'A + E' on April 2nd.

Produced by Ben Hillier, the new material is apparently steeped in Krautrock and post-punk abstraction. Two quotes from Graham Coxon about the album: "Improvisations, experiments in beats, rhythms. A chance to uninhibitedly make some sort of perversely sad, danceable and funny and despondent songs."

"I didn’t want to get caught up in my usual struggle with trying to make things sound really posh. I didn’t want lovely 60s-sounding drums and valves."

The singer will play a total of 13 dates across the UK. The tour will kick off at Oxford's O2 Academy on April 13 and run until April 30 at Falmouth's Princess Pavilions venue.
Publicado por KOOL ROCK RADIO en Wednesday, January 11, 2012 No comments: