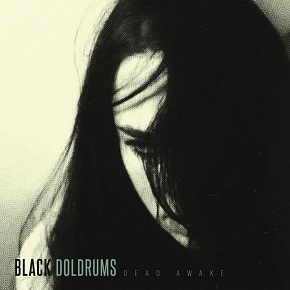 Originally a duo founded by Sophie Landers (drums/vocals) and Kevin Gibbard (guitar/vocals) but now recently fleshed out to a trio with Matt Holt joining on bass, Black Doldrums deal in a dark, shoegazing psych that melds gothic post-punk with a leather-clad rock’n’roll spirit.
Having already cultivated a die-hard following in the psych underground, Kevin and Sophie set to work on their long-awaited debut album in 2020. Their original plans were to travel to New York to record the album with Jared Artaud of fellow label-mates The Vacant Lots however the pandemic and ensuing lockdowns and travel restrictions inevitably put a stop to that. Instead, they recorded the album in London with Artaud producing and mixing the album remotely from Brooklyn. “It made for an interesting collaboration as the distance could have been an obstacle”, Sophie recalls, “but it actually helped creativity as we were more inclined to stay in touch and have really decent phone calls at length discussing the songs in a lot of detail. We really enjoyed those conversations with Jared about music and all of our influences. I think you can hear on the record that it is a full collaboration.”
The more collaborative effort of ‘Dead Awake’ finds Black Doldrums switching gears and adopting a cleaner, more precise creative approach than that of their earlier material: “The idea was to be absolutely brutal with our songs and cut them down to what we only felt was necessary. Up until this point we had been experimenting and were happy with what we had created but we no longer felt the need to hide behind too much reverb and an excessive amount of guitars. It still sounds like us but it has all the elements needed to stand the test of time.” The result is an album that feels colder and more stripped back – the effects are still there but stripped down to their fundamentals so that the songs themselves take precedence over any wall-of-sound deliria.
Check out the album's tracklist and the video for their new single "Sad Paradise" below.
Dead Awake Tracklist:
01. Sad Paradise
02. Into Blue
03. Sleepless Nights
04. Now You Know This
05. Dreamcatcher
06. All For You
07. Runaway
08. Sidewinder 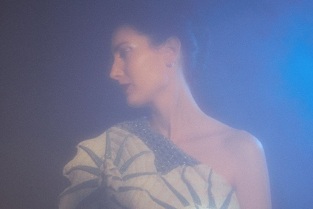 The song is part of our current playlist and is taken from her debut album "𝐹𝐿𝐴𝑆𝐻", which came out last in October through Her Majesty's Ship. Get it here.
Watch the clip below.