Australian trio Lace Curtain have unveiled the video for "Falling", taken from their Falling/Running 12" out now via Mexican Summer. The song is part of our current playlist www.koolrockradio.com.

Each side from the 12" shows the band approaching electronic music with a diverse interpretation that encompasses elements of disco, krautrock and synth pop.

The video was directed by . Watch it below.

So far, Lace Curtain have no Facebook, no SoundCloud, no Twitter and no website,  but you can purchase their Falling/Running 12" on Mexican Summer.
Publicado por KOOL ROCK RADIO en Thursday, June 20, 2013 No comments:

San Francisco post-punk trio Weekend are streaming a new single called "It's Alright", taken from their upcoming sophomore album 'Jinx'. The album is set for release on July 23rd via Slumberland Records.

French indie-rock band Kid North have unveiled the video for "England", taken from their debut album 'Atlas', out now via Tsunami-Addiction. The song is part of our current playlist www.koolrockradio.com.

The video was directed by One Louder. Watch it below.

New York four-pice DIIV have posted a rehearsal footage of a new still-in-the-works song called "Dust" via their Tumblr along with a note saying they plan to perform this track and a few other new tunes, during their upcoming shows.

"new song idea — “Dust” — here’s a rough rehearsal in the practice space, look for this song and two or three other new ones at our upcoming shows — SF, Europe, Korea, and Japan.  hoping for the new record to be recorded in november/december and released as soon as march…"

British neo-psych band Temples recently recorded a live performance of their song "Sun Structures" at a Topman CTRL Session. Take a look below.

In related news, the band will released their new single 'Colours To Life' on June 24th through Heavenly Recordings . Produced by the band & mixed by Claudius Mittendorfer, it will be available as a 10” and download  and featuring the B-side Ankh.

We’ve already heard “Human Nature” the first taste from the new album, which is out on July 16th through Dead Oceans.

Take a listen to "Bad Apple" below.


The tracklist for 'Stills' is as follows:

Liverpool's Outfit have shared the video for "I Want What's Best", taken from their upcoming debut LP "Performance" out on August 12th via Double Denim. The song is part of our current playlist www.koolrockradio.com. 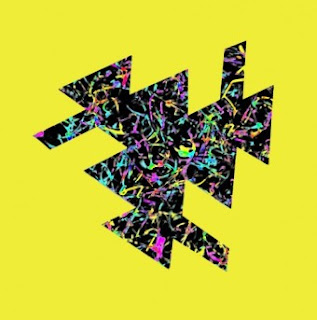 London trio Factory Floor have finally revealed details of their self-titled debut album, which is due out on September 9th through DFA Records.

In a recent interview with RA, band member Colk Void said that the album took nearly two years to put together, mostly because they decided to keep developing live in tandem with recording.

"It took a while, well a long time, almost two years. The main reason for this is we decided to keep developing live in tandem with recording. Also committing time to our ICA residency. Collaborating with established artists fed more inspiration. Yes the tracks were specifically made for the album, we consciously wanted to make a record that offered an alternative side to our live shows. We chose to discipline the tracks and emulate our own staple sound."

'Factory Floor' was produced and recorded by the band in their North London warehouse space and mixed by LA-based producer Timothy 'Q' Wiles, who has previously worked with VCMG.

Watch: SPLASHH Unveil New Video For "Feels Like You"

London-based psych rockers SPLASHH have unveiled the video for "Feels Like You", the new single  taken from their recently released debut album 'Comfort', out via Kanine Records. The song is part of our current playlist www.koolrockradio.com.