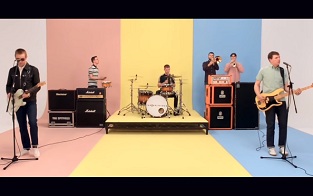 Watford based indie rock band The Spitfires have shared the video for their new single "Enough Is Enough".

The song showcases a new sound direction for the band and is out now through Hatch Records. Pre-order your copy here.

The video was directed by Tony Briggs. Watch it below. 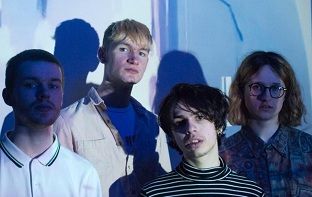 The song is out now and “it’s inspired by being scared of something like ghosts and yet longing to see one and encounter one”. 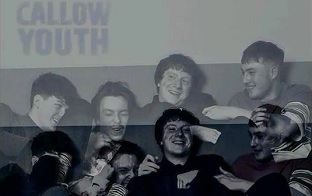 Speaking about the track, frontman Alfie Turner said: “'Wake Up' is about wanting to live in a moment forever and wishing nothing would ever change. And also, the fact that that’s impossible - but I think everyone feels that way sometimes." 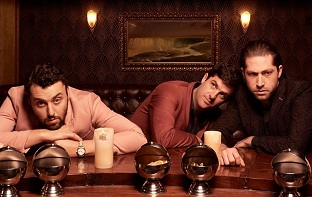 The song is taken from their upcoming new album 'Guy Walks Into A Bar', which will be out on July 26th via Fiction Records. Pre-order your copy here.

Watch: Broncho Unleash Music Video For "All Choked Up" 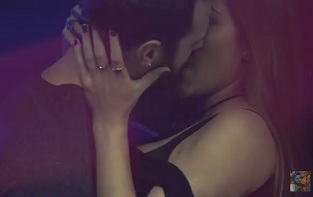 Oklahoma indie rock/pop band Broncho have unleashed the video for their latest single "All Choked Up".

The song is part of our current playlist and is taken from their album 'Bad Behavior', released in October 2018 via Park The Van Records. Get your copy here.

The video was o-Directed by Costa Upson and Jeremy Charles/FireThief Productions. Check out below. 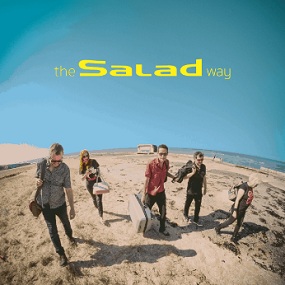 UK-based alt rock/pop band Salad have announced the release of their new album 'The Salad Way', their first since 1997.

The 13-track record will be out on August 30th, featuring lead single "Under The Wrapping Paper", which comes at you like a relentless post-punk stream of consciousness with a cheeky Motown beat. Marijne’s ‘conversational’ vocals are marinated with searing guitars and throbbing bass, with some impressionistic piano occasionally creeping in and out, from under the wrapping paper, of course.

Salad were formed in London, England in 1992 by Marijne van der Vlugt, Paul Kennedy, Pete Brown and Rob Wakeman. They released their hit debut album Drink Me in 1995 featuring singles Drink the Elixir and Motorbike to Heaven. Follow up Ice Cream (1997) was produced by Donald Ross Skinner, with Charley Stone joining as a live member in 1996. The original Salad parted ways in 1998 but made friends and returned in 2017 after Paul and Marijne started writing together again in 2016 and recorded an album with Donald under the name Salad Undressed. The current line up of Salad is: Marijne van der Vlugt (vocs/keyboards), Paul Kennedy (gtr/vocs), Pete Brown (bass), Charley Stone (gtr/vocs), Donald Ross Skinner (drums)..

Pre-order the album here, check out the tracklist and listen to the new single below. 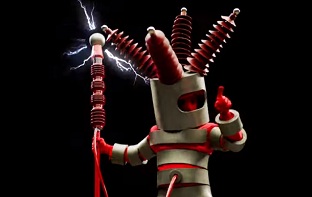 British electronic duo The Chemical Brothers (aka Tom Rowlands and Ed Simons) have unveiled the video for "Eve Of Destruction".

The song is taken from their recent album 'No Geography', which came out in April through Astralworks. Grab your copy here. 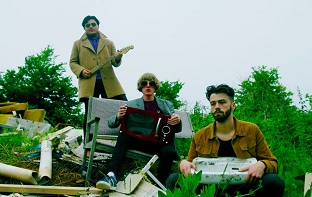 The song was recorded and produced by Mike Jones, and will be out soon. Stream it below.