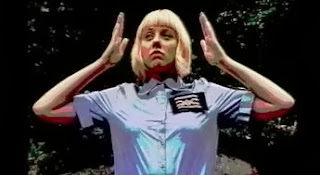 Glasgow five-piece Camera Obscura have shared the video for "Troublemaker", taken from their latest album 'Desire Lines', released back in June via 4AD. The song is part of our current playlist.

Inspired by the likes of Tom Baker-era Doctor Who, Blake 7 and ITV's The Tomorrow People, the video was shot on the cheap to fully capture the song's '80s sound, according to longtime director Blair Young, while saving the band money along the way.

"'Troublemaker' is a tribute to the British sci-fi of yesteryear, low budget and futuristic in an '80s way," he says. "We hope we've done these shows justice and it recreates a feel that made geeks of so many of us back in the day."

Watch: Azure Blue Reveals "Time Is On Our Side" Music Video 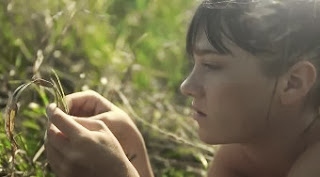 Azure Blue, the solo project of Stockholm-based DJ/songwritter Tobias Isaksson, has revealed the video for "Time Is On Our Side".

The song is taken from their recently released sophomore album 'Beyond The Dreams There's Infinite Doubt', which was produced, recorded and mixed at Mystique Studio by Isaksson and Claes Björklund.

The video was directed by David Kaijser. Watch it below.

Watch: Temple Songs Share Music Video For "I Can't Look After You" 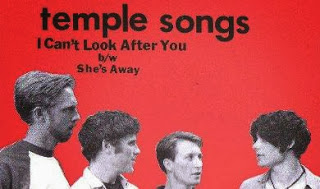 Manchester indie psychedelic pop four piece Temple Songs have shared the video for their new single "I Can't Look After You".

The single is wrapped in their trademark distorted warmth and jangly guitars, it will be re-released on October 14th via RIP Records, and comes backed by the track "She's Away".

The video for the song features the sort of trippy imagery you'd expect from any current neo-psychedelic outfit. 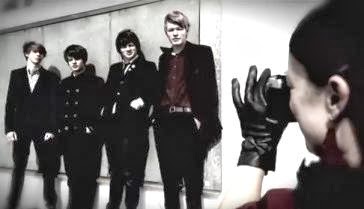 Carlisle-based new young band (they're all 16) The 45's have premiered the video for their new single "It Ain't Over".

The 45s formed in early 2012, and have taken their RnB buzzsaw to the coffin built by the purveyors of manufactured pop to rescue the just beating heart of Rock and Roll.

The single will be released in October 21 through Oil City Discs and comes backed by the track "Devil of a Woman". You can pre-order your copy from iTunes.

The video was filmed by Andrew Elliot, Tracey Walker & Lyndsey Walker. Watch it below. 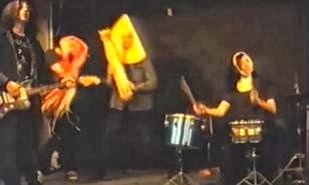 Brighton based, surf doom psych band The Wytches have unveiled the video for their brand new single "Robe For Juda".

The single will be released on on a limited 500 edition 7" vinyl with the AA side "Wide At Midnight" on the 18th November through Hate Hate Hate Records.

Directed by Hoodbats, the eccentric video shows some kind of fucked-up and very disturbed play performed of the band in an empty school hall.

Watch: The Jungle Giants Official Unofficial Video For "I Am What You Want Me To Be" 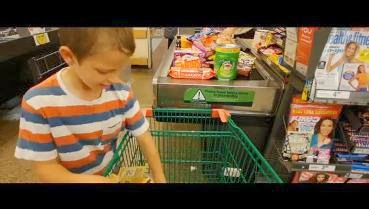 Brisbane indie pop band The Jungle Giants have revealed a second video version for their track "I Am What You Want Me To Be", taken from their debut album 'Learn To Exist', released in August.

We've already seen the official video for the song back in June, now the Giants have made a new funny version for it.

So the story  behind this new video is as follows: It's lead guitarist Cesira Aitken's little brother Kenny 's birthday, so the band gave him $100 to go and buy all the food he wanted from the grocery store, of course Kenny chose lots of crappy food... oh the poor boy!

Video by Alex Hodgins. No kids were harmed during the making of this video. Except Kenny... Watch it below. 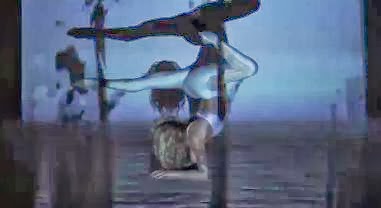 Birmingham indie band The Twang have release the video for their latest single "The Wobble", taken from their upcoming new album, due for release in 2014.

The song, which sounds pretty different from their early material, was recorded & mixed at Lightship95 by Rory Attwell, the producer behind efforts from Splashh, Palma Violets, Veronica Falls and more.

Check out the video featuring an acrobatic dancer, below.