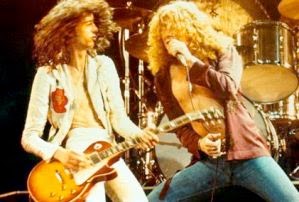 British rock legends Led Zeppelin have unveiled a new video for the Rough Mix With Vocal of their classic track "Whole Lotta Love".

The remix is taken from from the companion audio of Led Zeppelin II (Deluxe Edition), which is part of the first three albums the band will re-issue on June 3rd. Pre-order the edition of your preference here.

About the alternate version of the song, Jimmy Page said: "This version of ‘Whole Lotta Love’ is the mix down from the night that we recorded it, so it doesn’t have any of the overdubs that everyone will be familiar with, because when they hear this they’ll think, ‘Oh yeah, that’s the original’ and all of a sudden they’ll go ‘No, it’s not.’"

Robert Plant added: "You can see how songs grow. There must have been five or six other takes of that, which are not present. So the shaping of these things is very interesting and you can hear with this particular version that we haven’t quite reached the point yet, and that it’s very, very close."

The video features a number of live recordings of the track. Check out below. 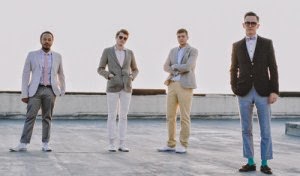 New Yorkizona, TX indie pop band Miniature Tigers have aired a compilation video for their latest single "Used To Be The Shit".

The song is part of our current playlist and is taken from their upcoming fourth album 'Cruel Runnings', which will be released on June 17 via Yebo. Pre-order the album here.

The compilation video was made of all the ideas the band had from their fans at #usedtobetheshit. Take look below. 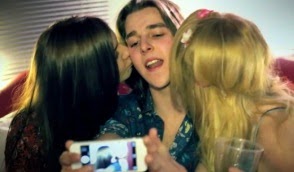 Scotland indie pop young four-piece Model Aeroplanes have premiered their first official video, and it's for their latest single "Electricity".

The catchy tune is part of our current playlist and is out now via First Fun Records. Get it here.

The video was directed by Christopher L Cook. Take a look below. London based indie pop band Childhood have announced they will release their first full-length album titled 'Lacuna' in August 11 through Marathon Artists/House Of Anxiety.

The 11-track album, was produced by Dan Carey (whose credits include records with Toy, Bat For Lashes, Hot Chip, Eugene McGuinness...) at his South London studio, and features previously released tracks "Solemn Skies", and "Falls Away".

Pre-order your copy here now and get new track "Tides" as an instant download.

Speaking to a magazine about the new album, frontman Ben Romans Hopcraft said: "The main thing for us is we're really happy for it. I never wanted to do an album that was in any way personally underwhelming. We could have recorded most of the songs that people already know, stuck it on an album and moved on. We made a conscious effort to do lots of new stuff; just for us, mainly."

The tracklist for 'Lacuna' is as follows:

Watch: We Have Band Unveil Music Video For "Modulate" 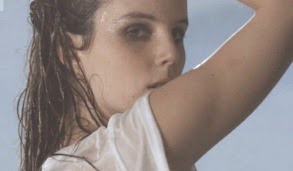 British indie/electronic outfit We Have Band have unveiled the video for their latest single "Modulate".

The song is part of our current playlist and is taken from their excellent third album 'Movements', which came out last month (April 28) through Naive Records. Grab your copy here. 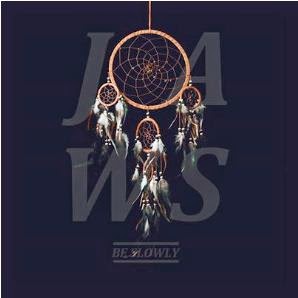 The 11-track album is set to be released on September 15th through Rattlepop, and will include their previous singles "Gold", "Think Too Much, Feel Too Little"and "Surround You". Pre -order your copy here.

B.
Think Too Much, Feel Too Little
Filth
Sunset State
Surround You
NYE.

The band are also streaming the album title track "Be Slowly", which will be out on July 7. Have a listen below.