Radiohead From The Basement Released In Full - Watch Radiohead's have released the full Live From The Basement performance of 'The King Of Limbs'.

The video includes live renditions of all eight tracks from the band’s recent studio album ‘The King Of Limbs‘, as well as two non-album tracks, 'Staircase' and 'The Daily Mail', the former being premiered online last month. The performance of the latter track includes an appearance from Clive Deamer, who drummer Philip Selway has described as "one of my favourite drummers".

Watch “Radiohead: The King of Limbs — From The Basement“ below:

The Smiths filmed a short documentary in 1992 meant to be part of a press promo for the band’s 'Best' album in the early '90s.

Well, the documentary has now been put online to promote 'The Smiths - Complete Duluxe Edition Box Set', which will see eight of their albums re-released., newly remastered by Johnny Marr and set for release on October 3.

There will also be a limited edition boxset of the whole back catalogue along with rare artwork, a DVD of videos and high-quality prints of the disc's sleeves available to buy.

Watch the documentary below: 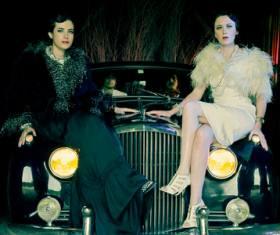 Ladytron are to release a new single, called 'Mirage', on September 12th 2011 taken from their fifth studio album 'Gravity The Seducer'.

Mirage follows the release of White Elephant and as band member Mira Aroyo explains “scenes that are set up in Mirage return and reflect in later track ‘Melting Ice”.

The new album was recorded in the Kent countryside with co-producer Barny Barnicott (Arctic Monkeys, Kasabian, Editors) at the helm. For Gravity The Seducer, the band wanted a grander sound, incorporating more baroque elements.

Says Hunt – “it is more of a jump than the last album was, more ethereal & melodic, a touch more abstract in places than we've gone before, baroque ‘n' roll. It was a pleasure to make, took us right through last summer. It's our best record in my opinion," he continues.

You can listen to previews of four of the new album tracks, including 'Mirage', below.
Publicado por KOOL ROCK RADIO en Friday, August 05, 2011 No comments: 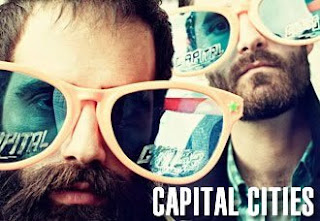 Los Angeles based electro-pop duo Capital Cities isn’t afraid to let the Southern California sunshine seep into their music. Synth-tastically bright, danceable and catchy, yet maintaining a depth that reflects the band’s roots in San Francisco, Paris and Armenia, it’s loaded with appeal.

Perhaps it’s the vintage Juno-106 heard punching out across their self-titled debut EP, or the unique timbre of frontmen Ryan Merchant and Sebu Simonian’s blended vocals. Either way, Capital Cities’ songs are genuinely connecting with people.

TV personality Chelsea Handler recently selected their single "Safe and Sound" to be featured on her live comedy tour playlist. Perhaps more impressive is the duo’s collaboration with one of their longtime musical heroes on their first release.

They formed a relationship with Simon Mills (UK electronica group BENT) in 2010 that ultimately led to him producing their track "I Sold My Bed, But Not My Stereo."

In 2008, Merchant and Simonian met by chance through Craigslist and formed a composing team. After writing hooks and jingles for numerous high-profile ad campaigns, they realized their musical chemistry was destined to create something more personal. In 2010, Capital Cities was officially born.

With all they have accomplished in less than a year, Capital Cities has proven to be fast on the rise as a band to watch. The band's debut EP is up on iTunes and physical copies can be purchased through CD Rama.
﻿
Publicado por KOOL ROCK RADIO en Monday, August 01, 2011 No comments: