About the meaning of the album title, guitarist Mario Andreoni said: "Over the course of many long van rides and post-coffee verbal riff sessions, Thriller didn't merely come to represent the selling of a lot of records...it became synonymous with an artist(s)' and/or genre(s)' artistic high-watermark. INXS' Kick is the Australian Thriller...Alanis' Jagged Little Pill is the Canadian Thriller...Wham!'s Make It Big is the blow-dryer's Thriller...every recording by the 13th Floor Elevators is the dosed-man's Thriller..."Sister Ray" by the Velvet Underground is the Thriller of musical fever dreams. One day at the studio, Nic [Offer, vocalist] drew THR!!!ER on a napkin and I liked it...then we made our THR!!!ER."

Watch a trailer for the album shot by Daniel Gorman below:

The tracklisting for THR!!!ER is as follows: 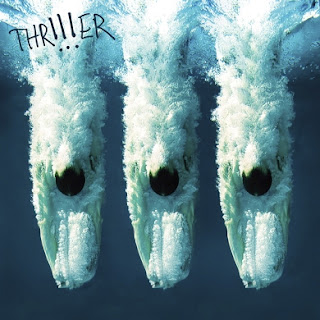 Theme Park have unveiled the brand new video for their kool new single "Tonight", taken from their forthcoming self-titled debut album out on February 25th via Transgressive Records.

The song was single of the week on www.koolrockradio.com in January 14 and is part of our current playlist. 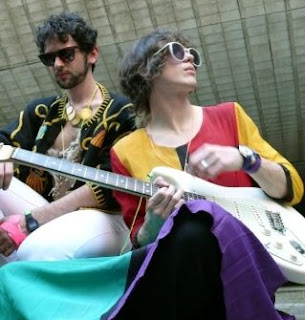 MGMT have revealed plans to release their self-titled third album and follow up to 2010's 'Congratulations' this June.

The psych-rock duo recorded everything on their own, influenced by the likes of house music and the Aphex Twins. Confirmed tracks include songs called "Mystery Disease" and "Alien Days," as well as a cover of "Introspection" by '60s garage group Faine Jade.

Goldwasser says that he and VanWyngarden are "not trying to make music that everyone understands the first time they hear it... There's no illusion on [Columbia Records'] part that that we're going to turn into a Top 40 band." 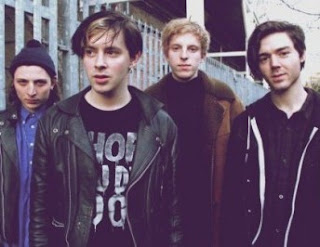 Peace have revealed details for their debut album "In Love", which is scheduled for March 25th.

In Love, the follow up to their 2012 EP Delicious, was produced by Jim Abiss who has previously worked with both Arctic Monkeys and Adele.

The album will included the re-worked version of the single 'Follow Baby'. Frontman Harrison Koisser said of the track: "This one time, I woke up in the morning and 'Follow Baby' had lodged itself in my head, almost fully formed. Like a product of a dream or a gift or maybe something weirder."

Koisser also spoke about the album, saying: "If watching thousands of romantic movies and singing billions of love songs throughout our lives hasn't left us thinking that getting really really in love is something we want, need, h8 or dont give an F about then maybe IN LOVE is about to."

"I guess as an album it feels like an antidote or something. I'm not sure what for but can you really be sure about anything? It's 2013 and it's time to find out." He continued.

The full tracklisting for In Love is: