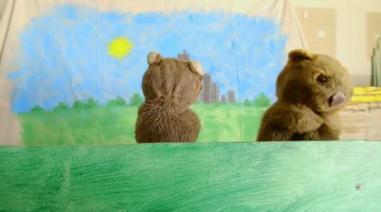 The Polyphonic Spree have shared the video for "Raise Your Head", featuring Australian comic duo The Umbilical Brothers.

The song is part of our current playlist, and is taken from the band's recently released fourth studio album Yes, It's True, out via Good Records.

This is the fourth track from the album to get the video treatment, previously the band have already unveiled the clips for "You Don't Know Me", "Let Them Be" and most recently for "Popular By Design".

The video was directed by Alex Gabbott, who explains: "I set out to make a fun music video, and was fortunate enough to have the right ingredients. The Polyphonic Spree, a 22-piece band dancing around on stage...are fun. The Umbilical Brothers, a duo of Australian physical comedians...are fun. A warehouse full of physical gags done (mostly) for real...is VERY fun. It was also VERY hard to make, but I know that the raw amount of fun we got on screen, made all the long nights picking up table tennis balls worth it. And table tennis balls...are also fun." 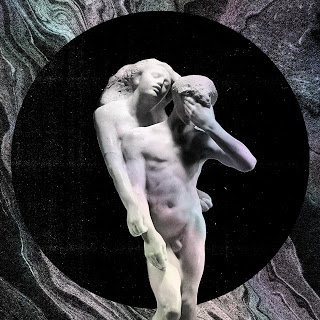 Yesterday Arcade Fire debuted the single and video for the title track to their forthcoming new record, now the band have revealed more details about their now confirmed, double album.

The album artwork, inspired by Greek mythology, features a sculpture of the Greek legend of Orpheus and Eurydice by Auguste Rodin.

As we previously reported, 'Reflektor', produced by James Murphy, will be released on October 29 via Merge, and will be a double album comprised of 13 songs. It is available to pre-order now on iTunes or via the Arcade Fire Online Store.

In a recent interview with BBC, Arcade Fire frontman Win Butler said they had written 50 or 60 songs, which were then redefined.

“[It] made more sense to stretch it out to two records. I never wanted to be in a band that could never play whatever music we wanted to, and I think that every record has been a project itself and some of the stuff on this record is really going to surprise people – it's even more different than ‘Reflektor’ I would say.” Butler explained.

"It’s longer than ‘The Suburbs’ – it’s a double record – mostly down to the fact that the songs are a lot longer,” he added. “I mean, ‘Reflector’ is seven-and-a-half, there’s another couple of seven-minute songs on the record and so it made more sense to stretch it out to two records with two distinct sides. It’s more of a classic double LP vibe where you have to flip the side and it takes you to a different place.” He added. 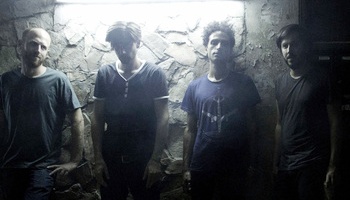 Tel-Aviv indie four-piece Bucharest have revealed the official video for "Freaking Out", the first single taken from their forthcoming debut album.

Bucharest formed in 2012 by Danny Finkenthal, Guy Stars, Yaniv Horovitz and Yoni Lipschitz. After eight months of rehearsals, the band recorded their debut album, which will be released soon.

The song is part of our current playlist and was recorded at the Kicha studios by Ronen Hajaj, and mixed by Shay Bruker and Guy Cohavi. 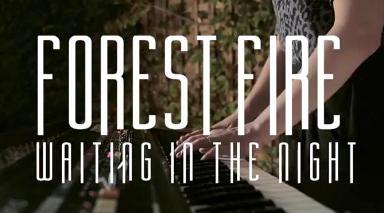 New York indie four-piece Forest Fire have released the video for "Waiting in the Night", the first single from their just released third studio album 'Screens', out via Fat Cat Records.

'Screens' is the follow-up to 2011's Staring at the X,  and it's their first release recorded in a proper studio, together with Parquet Courts and and Dirty Beaches engineer Jonathan Schenke.

The clip was directed by  Jordan Alexander, who explained: "We considered having a live audience, but quickly opted to go without, which, while filming, it gave me this odd feeling like it was a performance people would've really liked to be at, if they'd have known about it, but they ended up missing out. Like people do. Here's this band playing a brilliant piece of music in some cool underground New York venue, and you would love it, but instead you’re stuck at home watching reruns of your favorite show. Fortunately, the band had it filmed for you."