Watch: AWAY Release Music Video For New Single "Out Of My Sight" 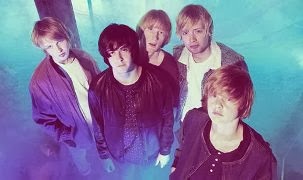 Oslo based young indie rock band AWAY have revealed the video for their recently released new single "Out Of My Sight". You can purchase the single from iTunes.

"AWAY is characterized by their energetic stage shows, three very energetic guitars, beautiful vocal harmonies and a great lead singer. Some of the members have skills also in classical music, and both cello and classical guitar are played live on stage."

The video was directed by Marius Iversen. Watch it below. 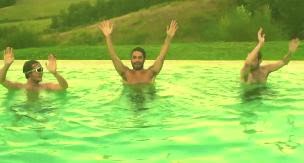 South London trio Vision Fortune have unveiled the video for "Basic Ways To Crack a Whip", off their EP Titanic Part II: The Legend Goes On...(2000), out now on Italian Beach Babes.

About the video the band said:

"The video, directed by Pax Paloscia, the aunt of drummer Andres Cuatroquesos, is a behind-the-scenes look at the band training for their upcoming documentary about synchronized-swimming legend Stan Shtoro, a heartfelt homage to the sportsman-turned-artist who tragically killed himself in the summer of 1960. As can be seen on the video, Vision Fortune have been trying to understand the art and the poetry behind synchronised swimming by studying and rehearsing some of the late Shtoro's incredibly innovative final-period-choreographies such as 'Once in Winter a Nightingale' and 'To My Love, aka Hiroshima n.2'." 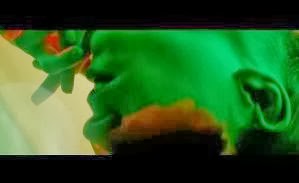 The song is taken From her sophomore LP 'Butterfly Case', which will be re-released on limited pink/yellow vinyl 2xLP in February 2014 via Dilated Time.

Previously Cuushe have already shared the clip for the track "I love You".

The video was directed by Albert Choi. Watch it below. 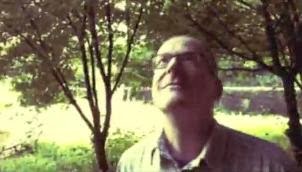 Kitchens of Distinction have released the music video for their latest single "Tiny Moments, Tiny Omens".

The song is part of our current playlist and is the second single taken from the band's comeback album 'Folly', which was released on September 30th via 3 Loop Music.

Vocalist Patrick Fitzgerald words about the track: "Playwright Dennis Potter was interviewed by Melvyn Bragg a few weeks before he died. He swigged morphine and spoke fondly, sadly, with an opiated slur, about the apple blossom beyond his writing window. He knew that this was the last time he would see blossom. The last days, the last time we can do things, awaiting a weird execution. So I pulled out some personal memories that I suspect will come into focus if I'm lucky enough to die under morphine: Ghost Town by The Specials, driving through Brixton the night of the '81 riots, watching Francis Bacon supply rent boys with drinks at the Apollo Club in Soho. Heady things to ponder in a 3 minute pop song." 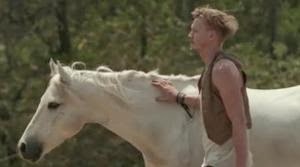 The song is part of our current playlist.You can get your copy of the album here.

About the video frontman Trent Grenell says: "Visionary director E. James Wright wanted to make a music video about yearning, though in a different context. The song brought pastoral visions to him and he wanted to show a group of people summoning a unicorn - a friggin unicorn man! So he used this new, innovative movie rig to capture these pictures of gorgeous nymphs, a bolting horse, a less bolting lead singer, and melded this piece of gorgeousness that is the music video for 'Berlin Horses'."