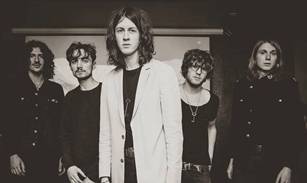 The song is taken from their forthcoming 4-track EP of the same name, which will be out very soon. 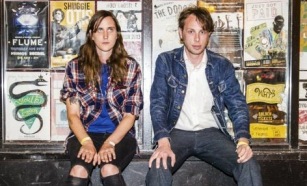 The song is available to download for free on their Soundcloud page, and is the first taste from their forthcoming fourth record 'Rumours 2: The Rumours Are True', which will be self-released on September 11th.

Pre-order the album here and have a listen to "Time Tell Me" below. 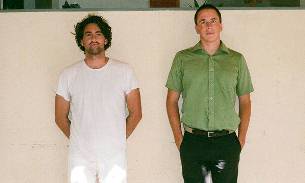 LA based indie pop/wave duo (aka Victor Pakpour, and Wyatt Ininns) Haunt have dropped their new dreamy track "Whatever".

The duo have been working on a 5 song EP that will be released for free this summer.

Have a listen to Alone below. 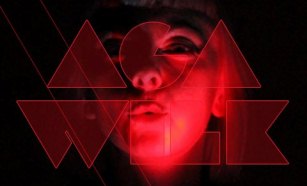 Aga Wilk, half of Berlin based Polish-Danish electro/synth/techno duo 77™, has shared her brilliant cover version of "Wunderbar", the classic track performed by the cult artist Christiane F.

The song is taken from her recent EP 'Kosmos', where Aga explores with her slower and more disco oriented vibes. Vintage synthesizers and vocoders are used as means for spreading the Cold Disko spirit. Get the EP here. 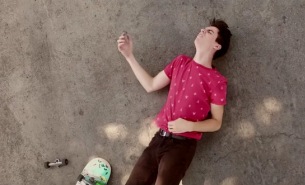 Los Angeles based post-disco, dance-punk duo De Lux have shared the video for their latest single "Oh Man The Future".

The song is part of our current playlist and is taken from their forthcoming sophomore album 'Generation', which came out last month via Innovative Leisure. Grab it here.

The video was directed by Eric Coleman. Watch it below. 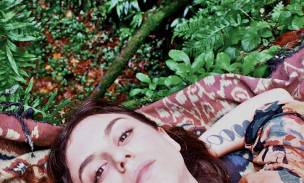 Los Angeles based musician Angel Deradoorian aka Deradoorian (former bassist, keyboardist and vocalist for Dirty Projectors), has revealed her new single "The Eye".

The song is taken from her upcoming debut full-length, 'The Expanding Flower Planet', which will be out on August 21 via Anticon Records. Pre-order it here. 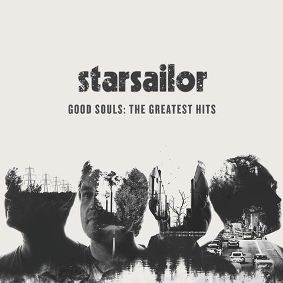 British indie rock band Starsailor have announced they will release 'Good Souls: The Greatest Hits', a compilation of their biggest hits and fan favourites, on September 18th via Parlophone.

The band's initial run of success saw both their 'Love is Here' debut album and the 2003 follow-up 'Silence is Easy' hit #2 on the charts as they raced to a total of 3 million sales. The album kicks off with the band’s three biggest hits in the shape of ‘Good Souls’ (#12), ‘Silence is Easy’ (#9) and ‘Alcoholic’ (#10). In addition to those tracks, the album features a further seven Top 40 hits, as well as deeper cuts such as ‘Tie Up My Hands’ and ‘Fidelity’ which became staples of the band’s live shows.

“It's been over 15 years since the band first formed and the songs still mean something to people,” says frontman James Walsh. “They still sing the words passionately back at us at gigs. We hear stories of how songs have soundtracked key moments in their lives. That's why we felt it was the right time to release this album - hopefully if the songs mean this much to our loyal fans this collection can help spread the word wider. People who know us for 'Four To The Floor' or 'Alcoholic' can delve a little deeper.”

The album features two brand new tracks which were recently recorded with producer Harry Rutherford at the famous Fisher Lane Studios. "’Give Up The Ghost’ came from the energy of being back together after so much time," explains Walsh. "It’s about not being ready to give up on something despite the challenges that you face."

The other new track is the ballad 'Hold On'. "The lyrics are about reassuring someone who has their life ahead of them and passing wisdom onto them," he adds. "We wanted to get an anthemic chorus which should get the crowd going."

Pre-order your copy here, check out the tracklist and re-visit "Silence Is Easy" below. 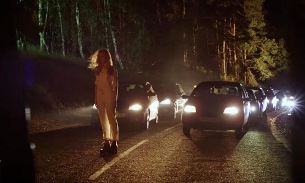 Cavan, Ireland indie rock band The Strypes have dropped the video for their next single "A Good Night's Sleep And A Cab Fare Home".

The song is part of our current playlist and is taken from their forthcoming sophomore album 'Little Victories', which will hit shelves this Friday (July 24). Pre-order your your copy here.