Theme Park have unveiled the trailer for their self-titled debut album, which will be out on the 25th of February via Transgressive records.

Theme Park is our current Band of the Month. Watch the trailer below. 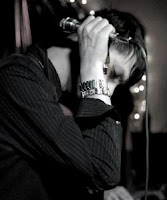 Detachments have unveiled two new tracks, "Mistaken I.D." and "Living With the Enemy". Both tracks have been added to our current playlist www.koolrockradio.com.

"Mistaken I.D." is taken from their from forthcoming limited edition album 'From The Chamber', which features a collection of hidden jems procured from the Detachments studio vaults.

"Living With the Enemy" is going to also be released sometime in spring 2013 on "Until the sun grows cold volume 3" via Vocoder Tapes.

Listen "Mistaken I.D." and "Living With the Enemy" below.