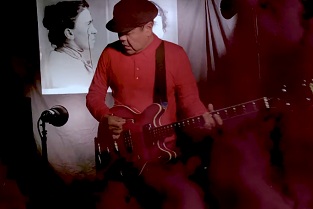 Oakland, CA power pop/punk/indie band Kids On A Crime Spree have released the video for their new single "All Things Fade".
The song is taken from their forthcoming album 'Fall In Love Not In Line,', which will be available on January 21, 2022 through Slumberland Records. Pre-order your copy here.

Kids On A Crime Spree have spent the last decade crafting a compact discography that shows a deep love of 60s Brill Building songwriting, 70s power-pop, bubblegum glam/pop, the Ramones and of course Phil Spector's legendary productions. "Fall In Love Not In Line" is the band's first full album and it's a corker. Head Kid Mario Hernandez -- along with drummer Becky Barron, and guitarist Bill Evans -- sought to move even farther from their influences, and the thick, rich sound that the band has put to tape (analog, of course) shows more warmth and some darker textures than in previous efforts; more shifting of tempos and melodies; a unity of purpose that can only come from years of playing together and listening to each other. The result is thoroughly modern power-pop that wears it's love of the classics lightly, finding new paths through familiar territory.
Watch/listen below.
Publicado por KOOL ROCK RADIO en Thursday, December 02, 2021 No comments: 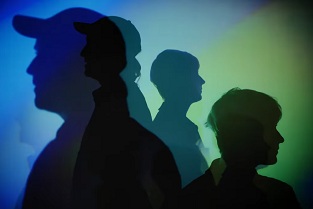 The song is part of our current playlist and is taken from their sixth studio album "We Weren’t Here", released in September this year via Sonic Ritual. Get it here
The video was done by Cinematographer Tyler Heckerman, who said: "Collaboration and exploration is what fueled my creativity on this project. I am grateful Film School was open to experimenting with various film techniques to capture our dreamy effects in camera. A visual representation of their tone and album artwork was important to me. When creative visions align, and yes is a common response, we can create something uniquely beautiful. Thank you to everyone who helped bring this colorful dream to life. It would not have been possible without you."
Watch it below. 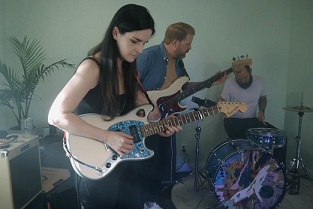 The song is part of our current playlist and is taken from their forthcoming new album 'IV'. Buy it here. 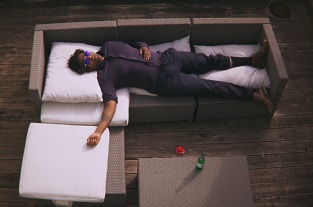 London-based dance/disco/punk artist Teenage Sequence (aka Dewan-Dean Soomary) has aired the video for his new single "The City Is Hungover".
The double A-side single 'All This Art/The City Is Hungover', is out now via Get Better Records. Buy it here.

‘The City Is Hungover’ is the first song Soomary finished for TEENAGE SEQUENCE that made him feel like the project finally made sense to him. “I wrote 'The City Is Hungover' one Saturday morning whilst out for a run. I was living in Hackney Wick and the streets were littered with NOS canisters and empty beer cans and I found it interesting that it felt like the whole place was hungover, even the inanimate stuff of the cityscape,” Soomary reflects. “Originally I wrote it from a pretty smug perspective and the lyrics came together quickly - too quickly in fact - which made me realise that in some way, shape or form I had been guilty of everything I mention in the song!”
Watch/listen below. 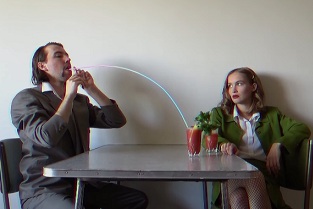 Aussie indie pop/shoegaze/alt duo Grazer have released the video for their new single "Hyper-normal".
The song is out today (December 2) through Cascine. Get it here.