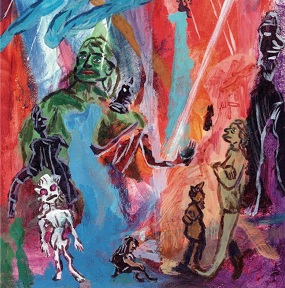 The album was produced by Dan Carey in his South London studio in the autumn of 2017.

According to the press release, across 19 tracks in 40 minutes, Goat Girl’s self-titled debut creates a half fantasy world out of a very dirty ugly city reality. In the groups words: “Simply put, it’s an album that comes from growing up in London and the first-hand experience of our city’s devolution. We wanted to think of it as this place seen not necessarily just through our eyes, but someone who can’t get past the abnormalities and strange happenings that exist in our city. We think this gives the freedom lyrically and musically to explore unspoken truths and emotions that we all as humans feel.

This world is populated by creeps and liars, lovers, dreamers and wonderful lunatics. It's a very English album -- sharp-eyed observations like The Kinks, louche rage like The Slits -- but it's also full of swampy swaggering guitars and Lottie's filthy drawl. "It wasn't exactly intentional to have this warped country sound, but I think that was initially what we were all drawn to and inspired by, bands that existed in a lo-fi,dissonant, scratchy context."

Pre-order the album here, check out the tracklist and watch the video for their new single "The Men", below. 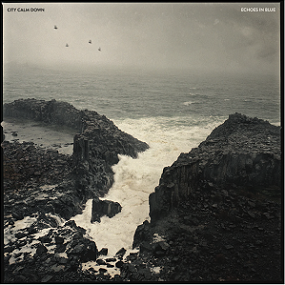 Melbourne post-punk/alternative quartet City Calm Down have announced the release of their sophomore album titled 'Echoes In Blue'.

The follow-up to 2015's debut In A Restless House, will be out on April 6th via IOHYOU Records.

About the record, the band explain: "'Echoes In Blue' is not concerned with answering questions as much as it is with asking them. It is interested in the reality of being spread too thin, of being unable to shut out the noise, where we're told to buy a house, with a mountain of debt, and do what we love, to be passionate and driven, whilst also making enough time for our wife or husband, boyfriend or girlfriend, for our children, parents and friends. Has life ever been more exciting or more artificial? Why are we so connected yet feel so alone? Perhaps, in all this excitement, we forget to be bored and examine ourselves a little more closely. Or maybe we should just embrace the rage."

They have also shared the new single 'Joan, I'm Disappearing', which according to Jack Bourke "is about coming to terms with the dissolution of a long-term relationship and how neglect ultimately led to its breakdown."

Pre-order the album here, check out the tracklist and listen to "Joan, I'm Disappearing" below. 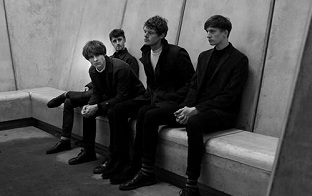 Sheffield indie rock band High Hazels have released their new single "Days Of No One".

The band are currently working on a new album, and have a  new line-up: James Leesley (vocals and guitar), Scott Howes (guitar), and Anthony Barlow (drums) joined by their friend, Paul Musgrave (bass guitar).

The song will be out on February 23. Stream it below.