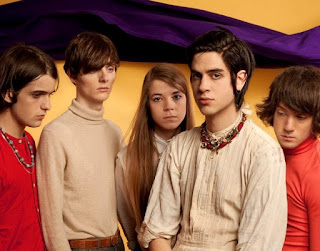 London based band S.C.U.M have announced they're splitting up after 5 years together.

The band, who formed in 2008, were led by Tom Cohen and also featured Bradley Baker, Samuel Kilcoyne, Huw Webb, and Melissa Rigby. The band released their debut album 'Again Into Eyes' in September 2011, which peaked at  #10 in our  'Best Albums of 2011' list.

They announced the split in a message posted on their facebook page over the weekend (January 12), saying:

Hello everyone, It seems an appropriate time to announce after a long hiatus - S.C.U.M have collectively decided that we will no longer play or continue to write together.

We'd all like to thank you for all of your support but we have chosen to part ways and work on new projects. See you all very soon.

Johnny Marr has unveiled his new video for "Upstarts", the lead single off his forthcoming solo debut, The Messenger. The song is now part of our current playlist www.koolrockradio.com.

The video was directed by David Barnes. Watch it below.


The Messenger hits stores February 26th via Sire/ADA, pre-order here. ‘Upstarts’ will be precede the record on 18 February as a Download, CD single and & 7" Vinyl. The B-side is Psychic Beginner, a non-album track which was a favourite from last years live shows. 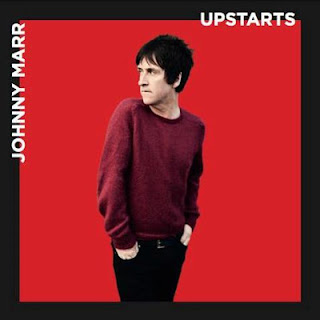 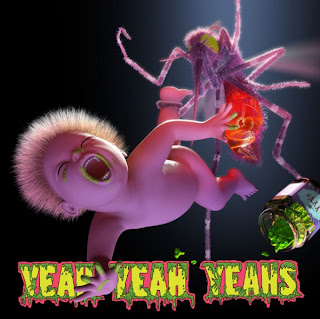 Yeah Yeah Yeahs have announced more details of their fourth studio album "Mosquito", which is scheduled for April 16th via Interscope Records.

The album was recorded in New York alongside TV on the Radio’s Dave Sitek, who previously helmed 2009′s It’s Blitz!. LCD Soundsystem’s James Murphy also produced a track (!), which features a guest spot from Dr. Octagon (aka Kool Keith).

Yeah Yeah Yeahs frontwoman Karen O words on the recording process: "We have this little shitty studio downtown [in New York] that belongs to us, so we wrote songs and recorded demos whenever we felt inspired; it was kind of like how we did Fever to Tell and our first demo. And emotionally, it’s been a rollercoaster– being back in New York is intense for me. I’ve gone through an identity crisis. It’s been very emotionally intense for Nick, too. He was going through a break-up while we were making the album. It was just all kind of down."

OMD have announced they will release their brand new album 'English Electric' on April 8th.

According to the band, the album is an attempt to move forward, yet without losing their distinctive sound.  In May 2012, Andy McCluskey was interviewed on the BBC about the sound of English Electric and had the following to say about the new album:

"Lyrically, English Electric seems to be an exploration of how one's Utopian dreams often end in dystopic failure and regret. Musically, it uses many current sounds and styles. Dresden sounds very 'OMD,' Our System is like a Glitch style Stanlow/ROTT if that can be imagined. Helen of Troy sound like Georgia meets first album Depeche. Please Remain Seated, Decimal, and Atomic Ranch use programmed robotic voices and have a hint of Dazzle Ships to them."

English Electric will be released April 8th as CD, deluxe CD+DVD, heavyweight vinyl LP, collectors' tin boxset as well as digitally, and will be preceded by the single, "Metroland" which is scheduled to be released on March 25th.

Take a look at the tracklisting and a short promo video for the album track "Decimal" below.