Watch: Roman Remains Share Music Video For "This Stone is Starting to Bleed" 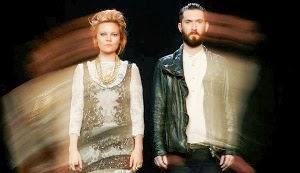 London based industrial noise-pop duo Roman Remains (the side project of Liela Moss and Toby Butler, frontwoman and bassist of The Duke Spirit) have shared the video for "This Stone is Starting to Bleed".

The song is taken from their EP 'Energy You', mixed by Damien Taylor – who has previously worked with the likes of Bjork, Prodigy and Austra. It was released on November 5 via Hot Records. Get your copy here.

Moss says the idea behind the album, which they recorded in London, was to make "something playful but never dumb. It’s definitely sending the right vibes, it’s like being blindfolded and touching the album. The disc is a precursor for the group's upcoming full-length, out early next year, Roman Remains is still putting the finishing touches and hope to start touring these new songs soon.

The video, directed by Marcus McSweeney, features a boosh-like shaman poking at a bonfire and cavorting on a beach as the sun sets. Watch it below. 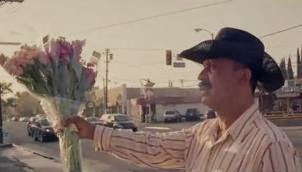 Previously the band have already share the lyric video for the song.

The video, directed by Emily Kai Bock, shares the Haitian theme of their album and sees a husband going through some tough family times. 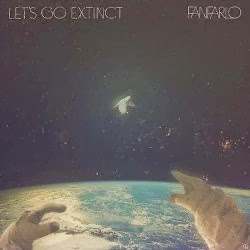 London based indie five-piece Fanfarlo have announced they will release their third full-length titled 'Let's Go Extinct', on 10th February in Europe (details for the US release coming soon) via New World Records, the band's own label.

Earlier this month the band unveiled the video for their excellent tune "A Distance", taken from their recently released new EP 'The Sea'. The tracklist hasn't been revealed yet.

The band have also shared a short film they made, that in its own ritualistic space-seed way, will give you an insight into the record in much more exciting ways than words can. It was made as part of their ongoing collaboration with filmmaker Adam B Daniels. 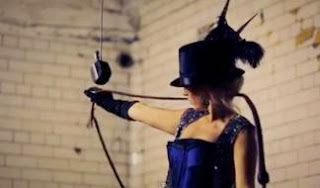 ChameleonsVox (the latest incarnation of Mark Burgess post-punk band previously known as The Chameleons) have premiered a promo video for their new single "Sycophants".

The song is part of our current playlist and is taken from their recently released 4-track EP 'M +D + 1(8)', Burgess first release of fresh material in almost TEN YEARS.

You can get your copy of the EP now via Blue Apple Music, and all digital platforms.

The video was directed by Paul Cliff. Take a look below.