The song is taken from their forthcoming sixth studio album 'House', set to arrive on February 18 2022 via Bud Fox/Integral/[PIAS]. Grab it here.
Frontman Adam Olenius words: “‘High as a Kite’ is a hazy dream walk down a familiar street. Tripping on self-doubt, the melancholy joy of being alive, and the threshold of that pub where no one knows your name.” 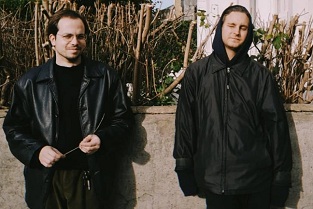 London shoegaze/neo-psych/post punk band Monochromatic Visions have aired the video for their brand new single "SABRE".
The song, produced by Jared Artaud (The Vacant Lots) is taken from their upcoming sophomore album 'REFORM', out soon. Get it here. 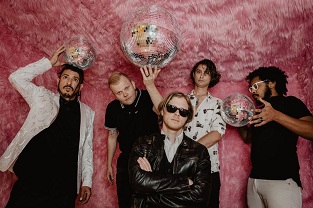 Phoenix, AZ indie rock/synthwave/post punk band Paper Foxes have premiered their new single "Power Out".
The song is out today (December 3). Get it here.
Speaking about it, they told Buzz music: "The song is called “Power Out” because it was stormy during the session that we were working on this tune and we heard this huge bang and suddenly all the lights went out. Lyrically this song is about a difficult time in my life where I kept falling into self-destructive tendencies and it felt like I couldn’t get out of this vicious cycle. The tune has an aggressive tone to it because of my frustrations with myself."
"This song is about a time I lost hope in my life and I found myself falling on self-destructive tendencies. It’s interesting because the overall theme of our second record “Paradise Deluxe” is don’t give up, we have to keep pushing. (It’s also a concept album that’s a soundtrack to a fictional 80s video game but more on that later)" 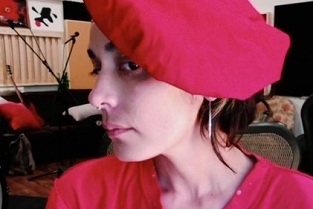 Warpaint’s JennyLee has shared her new two-song single "Tickles / Heart Tax".
This is the second instalment of her Singles Club series, the singles will make up an LP, which will be her first solo effort for seven years. Get it here.
Jennylee takes the style of Warpaint and brightens it a little with some pop sensibilities.
The a-side "Tickles" is produced and mixed by Trentemøller.
Speaking about working with Trentemøller, jennylee said, "I love, love, love collaborating with Trentemøller...he never ceases to amaze me! And more often than not, I usually like his version of the song better!” Trentemøller adds, "It’s always a huge pleasure working with Jenny. Producing and playing on this song was no exception. It’s nice to see it’s finally out now!" On "Heart Tax", she added, "["Heart Tax" is] a song about love and loss, and the struggle of dealing with that wild emotional rollercoaster. When your heart has had enough, but for some reason, you keep going back for more."
Stream it below. 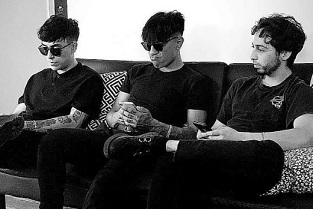 The song is out today (December 3). Grab it here and take a listen below. 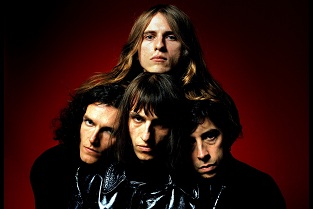 The song is out today (December 3). Buy it here and stream it below. 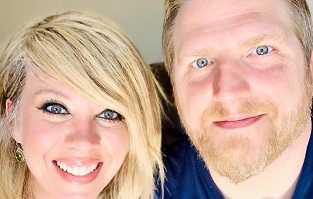 From the duo: "Another song that we have loved for many years taken off our bucket list. We stayed pretty close to the original on this one, but with slight updates. We hope you enjoy it.." 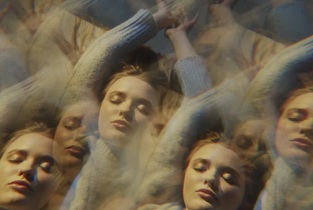 Washington DC electro/synth artist S Y Z Y G Y X (aka Luna Blanc) has dropped the video for her new single "Your Eyes, They Speak".
The song is taken from her new studio album '(Im)mortal', out today, December 3rd via Cold Transmission. Get your copy here.
Watch/listen below. 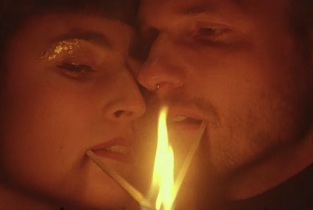 Berlin-based electronica duo Ameli Paul have released the video for their new single "Voce".
The song is taken from their new EP 'Mycelia', out today (December 2) through Drosssel. Pre-order your copy here.

Inaugurating the EP with the mind-bending opener, Voce, Ameli and Paul come together for one of their most absorbing sonic offerings to date, delivering a captivating amalgam of warped, atonal synthesizers, despondent vocal samples and chugging, syncopated bass guitar riffs. Setting a tone for the remainder of the package with organic beats and complex analog effects, the arresting starter is further complemented by a macabre, somewhat sinister music video, created by Stuttgart-based director and filmmaker Harry Delgas. Featuring a satanic set of cameos from Ameli and Paul, inspired cinematography from Dan Trautwein and mind-altering art direction from set designer Angelina Häuser, you can check out the trippy four-minute audio-visual representation in its entirety here.
Watch/listen below.