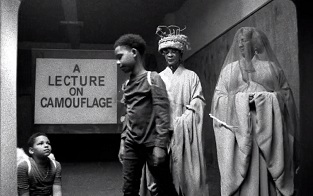 The song came out independently in 2017 and has now been re-release trough his new US label home, Interscope. Get your copy here.

“Play God is set in an alternate dystopian reality that shares similarities with our own world,” explained Fender. I wrote it a couple of years ago where there were a lot of big changes happening in both the UK and the States, I had just entered my twenties, I was anxious about the future of the world and its leaders, and it didn’t help that I’d just read George Orwell’s 1984 at the time. As you can imagine, I was pretty paranoid!”

The video was directed directed by Vincent Haycock. Check out below.

Watch: Broncho Premiere Music Video For "Keep It In Line" 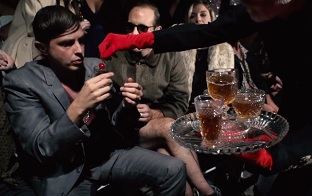 Oklahoma indie rock/pop band Broncho have premiered the video for their current single "Keep It In Line".

The song is part of our current playlist and is taken from their latest album 'Bad Behavior', released in October 2018 via Park The Van Records, included in our Top 50 Best Albums of 2018. Get your copy here.

The video was directed by Miles Rogoish. Check out below. 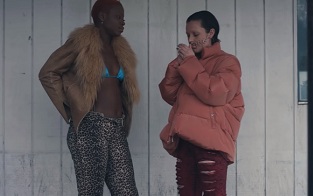 Northampton based dark/electronic/drone duo Boy Harsher (aka Jae Matthews and Augustus Muller) have unleashed the video for their new single "LA".

The song is taken from their upcoming album 'Careful', which will be out on February 1 via their own Nude Club Records imprint. Pre-order your copy here.

The video was directed by Kathleen + Jill Ferraro. Watch it below.

Band of Skulls Announce New LP 'Love Is All You Love', Stream "Cool Your Battles" 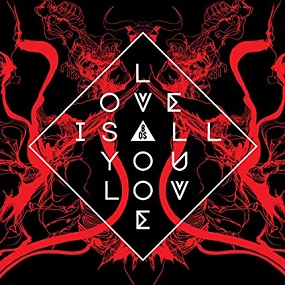 Southampton, UK rock band Band Of Skulls have announced the release of their fifth studio album titled 'Love Is All You Love'.


The follow-up to 2016's By Default, was produced by Richard X (known for his innovative production with artists from Pet Shop Boys to Goldfrapp to Sugababes), who also co-wrote four of the tracks, and will be will be released on 12th April through SO Recordings. Pre-order your copy here.

“This record is tough and tender with a rebellious spirit,” say Emma and Russell. “It is a positive record. It looks to what is possible and how a little love and human kindness can help bring about positive change. We drew on personal experiences, changes in our situation, and couldn’t help but be affected by what has been going on in the world politically, culturally and environmentally. Attempting to overcome that sometimes powerless feeling by creating and connecting with people and making something new.”

The band have also shared their new single "Cool Your Battles", “an anti-war cry for our turbulent times,” say the duo. “All the energy we spend fighting amongst ourselves can be used to do something positive, something real. So don’t forget to go out, to fall in love and to feel alive.”

Check out the album's tracklist and stream "Cool Your Battles" it below.

Email ThisBlogThis!Share to TwitterShare to FacebookShare to Pinterest
Etiquetas: Band Of Skulls, Cool Your Battles, Love Is All You Love, new album, new single, Rock 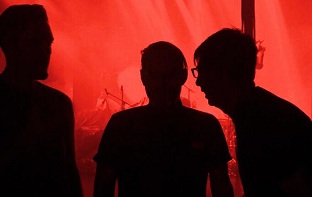 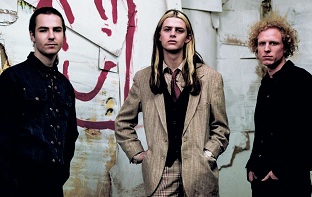 Speaking about the track, vocalist and guitarist Ben Gregory details, “The song is about isolation. Cutting oneself off from the world to engage in fruitless sensual pleasures and pretending everything is ok. Watching fucking Netflix and drinking a bottle of wine when you should probably instead be in therapy. But there's a way out. Art, friendship, love. You don’t have to be a catatonic skinbag. Lol.”

It features on the band’s forthcoming album ‘Everything That Makes You Happy’. Get it here and watch a lyric video below. 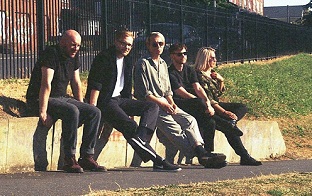 The song is taken from forthcoming debut album, due for release this year, which was recorded in July/August 2018 with Matt Peel at The Nave, and sees the band fully embracing their ever-expanding sound and venturing further into the darker sonic depths that their last releases hinted at. Whilst layers of synths, guitar melodies and driving bass lines wind and fall underneath Paul’s stark and melodic vocals.

The blue hour is the transitional period between day and night, or light and dark if you will. This represents the overall metaphor within the song. The song is about someone being split in half, just like the blue hour, eventually falling deeper into darkness. Nothing lasts forever. 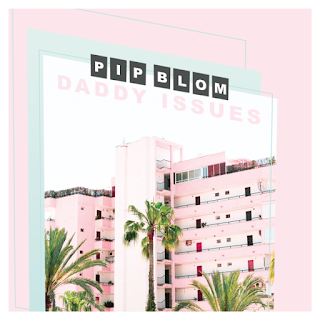 The 10-track record will be out 31st May via Heavenly Recordings, was overseen by Dave McCracken at Big Jelly Studios in Margate and was mixed by Dillip Harris in a shipping container on the banks of the Thames in East London. Its result is ten songs that, alluding to the album’s title, ferry you through Pip’s headspace via expertly crafted songs gelled together through their unassuming depth. Pre-order your copy here.

Pip Blom as is – a 23 year old, charming in her shyness and honest in her songwriting. There’s the kinetic combination of guitars from herself and brother Tender Blom, the effortlessly captivating vocal range which can be authoritative and intent as in the driving album opener ‘Daddy Issues’, or soothing and warm as heard in melodic middle track ‘Bedhead’. Then there are the choruses that seem to stop songs in their tracks and lift them into a different stratosphere.

Check out the tracklist and stream their new single "Daddy Issues", below.

New Entry: Fur Premiere New Single "Him and Her" 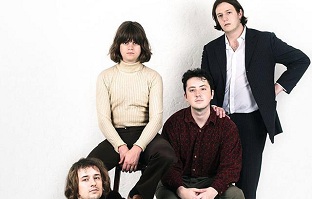 Brighton-based indie rock quarter FUR have premired their new single "Him and Her".

The song is taken from their upcoming self-titled debut EP set for release on February 14. Pre-order your copy here. 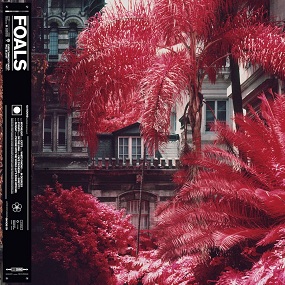 Oxford UK indie rockers Foals have confirmed announced full details of their new studio album 'Everything Not Saved Will Be Lost'.

The follow-up to 2015's What Went Down, will be released in two instalments: Part 1 will be out on 8 March via Transgressive/Warner Bros. Records, and Part 2 will arrive this fall.

About the record, the band posted: “We couldn’t be more excited for you to hear all the work we’ve poured ourselves into over the past 18 months. The albums which will be coming out are two halves of the same locket. They can be listened to and appreciated individually, but fundamentally, they are companion pieces.

“Musically, we pushed ourselves to the furthest limit. Lyrically, the songs resonate with what’s going on in the world at the moment. These songs are white flags, or mirrors, or attempts to work through the confusing times we live in… each in a different way.

Speaking about ‘Exits’, Foals frontman Yannis Philippakis said, “There’s a definite idea about the world being no longer habitable in the way that it was. A kind of perilousness lack of predictability and a feeling of being overwhelmed by the magnitudes of the problems we face. What’s the response? And what’s the purpose of any response that one individual can have?”

Pre-order the album here, check out the tracklist and the video for "Exits" below.

Watch: The Velvet Hands Drop Music Video For "Party's Over" 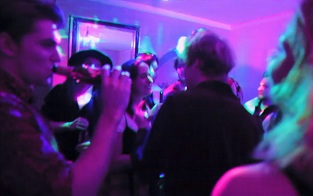 London based rock n' roll/garage band The Velvet Hands have dropped the video for their latest single "Party's Over".

The song is part of our current playlist and is taken from the band's debut album 'Party's Over' released in May 2018, included in our Top 50 Best Albums of 2018.  Grab it here.

Watch: The Pocket Rockets Unveil "Good To Me" Lyric Video 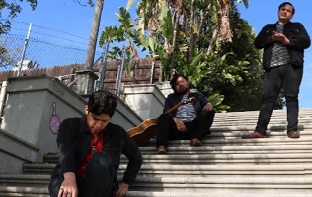 Los Angeles indie rock/post punk/new wave band The Pocket Rockets have unveiled a lyric video for their newest single  "Good To Me".

The song, mixed by the band's Rafael Blanco and mastered by Brian Lucy (The Kills, The Arcs, The Shins), is part of our current playlist and came out back earlier this month. Buy it here. 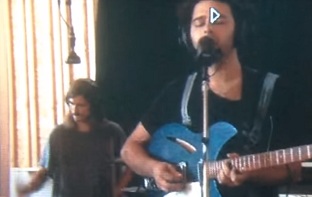 The song is part of our current playlist and is taken from their upcoming sophomore album 'Into Red', which will be out on 1 March via Play It Again Sam Records. Pre-order it here.

This version is taken from a session @Studio Sickan where they recorded the new album. Watch it below.