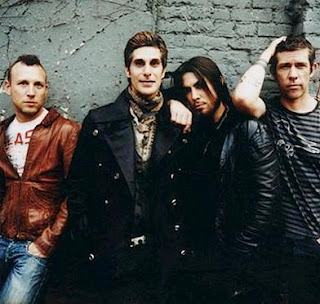 Jane's Addiction frontman Perry Farrell has revealed he has over 60 songs ready to take into the studio with the band early next year.

"I haven’t written this much or been this prolific since I started when I was in my 20s," Farrell has told Rolling Stone.

"It's been coming out fantastic. I’m super excited. Everything will really start to gel and come together probably this time next year."

Farrell also spoke of his intention to put distance from the sound of their 2011 record 'The Great Escape Artist'.

"It didn’t make a big enough splash," he continued. "It’s not going to be ‘The Great Escape Artist’. I had thought that it would be a great idea. However, I just came up with this other twist to doing the next record. At this point I want to start fresh with a fresh angle."
Publicado por KOOL ROCK RADIO en Thursday, November 22, 2012 No comments:

Friendly Fires have unveiled the new video for their cover version of Sting/Eberhard Schoener 1981 track "Why dont You Answer?". The track is part of our current playlist.

This cover version features on the album Late Night Tales - Friendly Fires, and is out now as well as remixes by Jay Shepheard and Hot Since 82, via iTunes.

The video was derected by Fred Rowson. Watch it below.