Los Angeles indie band Torches have unveiled the video for their new single "When You Gonna", taken from their upcoming EP 'If The People Stare' out on May 6th.

The song is part of our current playlist www.koolrockradio.com. Torches' new EP comes as the first followup to their debut LP, 2012's Heads Full of Rust.

Talking about the video frontman Azad Cheikosman says: "For this video we wanted to steer away from a performance piece. I thought it would look visually striking to use an all-girl cast and depict them as a cult. The video takes a lot of direct meanings from the song such as love, hate, lust, jealousy, trust, etc."

Check out the video directed by Ron Santarsiero below.

The video (one cyclical, bloody night in the life of a serial killer) was directed by John Strong. Watch it below.

London five-piece Shy Nature have unveiled the video for their debut single "Deadly Sin". The song has been added to our current playlist www.koolrockradio.com.

Produced & mixed by Luciano Rossi at Deathford Studios, and Mastered by Lewis Baker, "Deadly Sin" will be out on May 13.


The video for 'Deadly Sin' was shot on a series of phones, lit by a bedside lamp and edited in the same room it is set. Grainy imagery and fast cuts add atmosphere to a simple narrative which grows darker as the song progresses, composing shots of the band with the unsettling paces of an unknown character while the track's guitars and vocals sparkle beneath. Watch it below.

Watch: As Elephants Are New Video For "Youth Blood"

British indie-pop four piece As Elephants Are have unveiled the video for "Youth Blood", taken from their recently released double single, out now via Once Upon A Time Records. The song is part of our current playlist www.koolrockradio.com.

The video was filmed by Fauveboy in association with Xuuki. Watch it below.

Swedish indie-pop quintet Shout Out Louds have unveiled the video for "Illusions", another cut taken from their recently released fourth studio album 'Optica', out through Merge. The song is part of our current playlist www.koolrockradio.com.

The video was directed by Hugo Stenson. Watch it below.

Madchester legends Inspiral Carpets have revealed the video for "Fix Your Smile", their new single released two days ago (April 20) on Record Store Day through Tim Burgess label O Genesis. The song has been added to our current playlist www.koolrockradio.com.

Limited to 500 copies on 7" vinyl, the single features the previously unreleased and unheard 'Save Me' on the b-side, both tracks were recorded towards the end of last year in Manchester.


"We've always had a really close bond with Tim and the idea of working together in this way is something we started discussing in the summer of 2012," the band explained.

"We let Tim and Jim Spencer do the final mix of Fix Your Smile and allowed Tim to create a sleeve which he felt fitted the release. He personally went out and took a beautiful photograph specifically for the cover of the record."

The video was directed by Antony Barkworth-Knight. Watch it below.

For those who couldn't purchase the vinyl format, 'Fix Your Smile' will be released as a digital download on May 4.
Publicado por KOOL ROCK RADIO en Monday, April 22, 2013 No comments:

Bristol based five piece Coasts have unveiled the video for their second single "Wallow", out now via Tidal Records.

Watch: SPLASHH Unveil New Video For "All I Wanna Do"

London-based band SPLASHH have unveiled the video for "All I Wanna Do" (album version), the first single taken from their forthcoming debut album 'Comfort', out on June 3rd. The song is part of our current playlist www.koolrockradio.com.

The video was directed by Errol Rainey // Bonzo. Watch it below.


"All I Wanna Do" is released on 27th May via Luvluvluv Records. 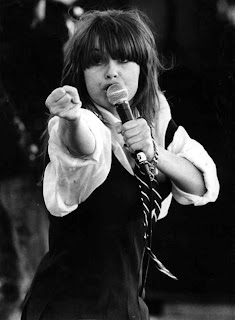 Iconic Australian rock star Chrissy Amphlett, the singer and former frontwoman for The Divinyls, died on Sunday afternoon after suffering from cancer and multiple sclerosis. She was 53.

Amphlett's husband, Charley Drayton, released a statement in which he said her "light burns so very brightly". Drayton wrote that she "passed gently, in her sleep" and was surrounded by her close friends and family at her New York home.

Amphlett was the lead singer with pop band The Divinyls, which she co-founded in 1980, and released six albums with the group until they informally split in 1997.

Famous for Amphlett's sexy schoolgirl outfit, torn fishnets and wild on-stage antics, the Divinyls had their first hits, Boys in Town and Only Lonely, after appearing in the 1982 film Monkey Grip.

The band is best known for their 1991 single, I Touch Myself, which reached number 10 in the UK Top 40 and number four in the American charts, despite the song struggling to get airplay in the US due to its controversial subject. Amphlett later said that she hoped the song would remind women to perform breast examinations.

Amphlett went on to have a stage career, playing Judy Garland in the Australian production of The Boy from Oz in 1998.

The Divinyls re-formed in the late 2000s, during which Amphlett announced she had multiple sclerosis. She discussed her treatment for breast cancer on television in 2010, which, due to multiple sclerosis, had to be without radiation treatment.

The singer posted about her health problems on her Facebook page in March, saying: "the last 18 months have been a real challenge", but that she had not stopped singing.

Drayton added that Amphlett's life was one of "passion and creativity; she always lived it to the fullest. With her force of character and vocal strength she paved the way for strong, sexy, outspoken women."

Her death brought sadness to the local music industry. Her peers voted her the No.9 best Australian singer of all time in a News Limited poll last month. She leaves her husband and her sister Leigh. 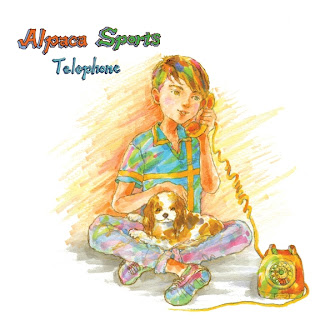 This week's Single of the Week on www.koolrockradio.com is "Telephone", another great indie-pop track by Swedish act Alpaca Sports, out now via Dufflecoat Records.

Alpaca Sports is actually Andreas Jonsson solo project with the occasional help from other friend musicians, and one of these supporters is Amanda Åkerman, who lends her lovely and sweet sounding vocals to many of his songs.

Having already delighted us with songs such as "I Was Running", "She'll Come Back For Indian Summer", A Million Times, among others, Andreas Jonsson is now ready to start working on a full-length.

In a recent interview talking about Alpaca Sports upcoming debut album, Jonsson said: "Hopefully it will be released in August or September 2013. We have 3-5 more new songs to record and after that I think it will be a great mix of songs! The album's title will be 'Sealed With A Kiss'. The whole record will be a cute and romantic love letter. And I hope you'll like it!"

We're sure we will enjoy it Andreas.

Meanwhile, let's focus on "Telephone", the Single of the Week on Kool Rock Radio.