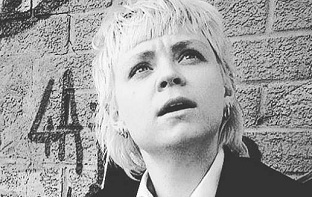 London post-punk artist Meggie Brown has shared her new single "10 Out of 6".

Speaking on ’10 Out of 6’, which was produced by Alex Kapranos at Edwyn Collins’ studio in the Scottish Highlands, with the pair both providing backing vocals on the track, Meggie offers:

Mental health and all the chaos that we all quietly deal with day to day yet find hard to open up about despite all being in the same boat. You find yourself moving to a surreal place behind the eyes, you can see travel in others eyes passing through places of nostalgia and torment. Amendment of friendship within yourself. Encouragement to let go of mistakes, to keep moving and cross your own private bridge before you’re pushed off it. Until you do, it's 10/6.

The single is out now digitally and will be available on 7” vinyl via Hate Hate Hate Records on 20th October. Stream it below. 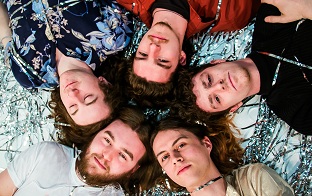 The song was recorded and produced by Sugar House, and is out today (August 8th) via ModernSky UK. 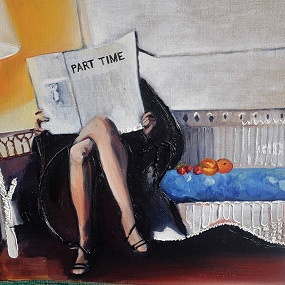 Whereas previous albums were notable for a charming lo-fi production, Spell #6 takes Part Time uptown. "I describe this album as 'my studio album', because it was entirely re-recorded at my drummer Walter Byer's studio, unlike most of my past releases being bedroom experimental pop recordings."

Loca produced the record himself, impressively appropriating a classic 80s pop sound that recalls some of the more grand productions of that era - think Stephen Street’s expressive production on ‘Last Night I Dreamt Somebody Loved Me’, Crowded House and The Church’s widescreen interpolation of Paisley Underground jangle, and there's even traces Gerard McMann’s grandiose ‘Cry Little Sister’. In that sense, the record stands as an outlier in Loca’s catalogue, and in doing so sheds the sometimes limiting trappings of bedroom recording

Though it is Loca’s project, Spell #6 sees him joined by a consistent supporting cast of fellow writers and performers who add a poise and deftness to his vision, most notably Ariel Pink, who makes a guest appearance on the lovely lead single, ‘I Can Treat You Better’.

Pre-order the album here, check out the tracklist and listen to "I Can Treat You Better" (feat. Ariel Pink) below. 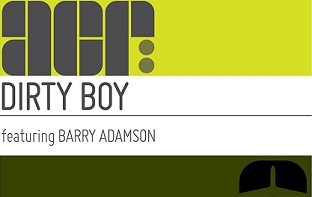 This is the band's first new music since 2008’s Mind Made Up, and is taken from 'ACR:SET', a career spanning compilation, including two new tracks, released on coloured double vinyl, CD and digitally on 12 October 2018. Pre-order your copy here.

‘Dirty Boy’ is a classic slice of A Certain Ratio pop funk and features the voice of the late Factory Records co-founder Tony Wilson, preparing the band for ‘The Fox’ recording session in his own inimitable fashion, plus vocals from Barry Adamson, who returns a favour to the band after they reworked 2017’s ‘I Got Clothes’.

The two new tracks, ‘Dirty Boy’ and ‘Make It Happen’ were recorded at Oxygene in Manchester, and both appear on the new best-of compilation, acr:set. The album is made up of tracks that feature in the band’s incendiary live show (hence the title) and includes rare 7” and 12” mixes alongside the two new recordings and sleeve notes by DJ and writer Dave Haslam.

A Certain Ratio embraced the ethic and culture of the late seventies post-punk explosion, but sounded like nothing else around them and refused to fit in. Formed in Manchester in 1978, the band has had various members throughout their career, with a core line-up of Jez Kerr, Martin Moscrop and Donald Johnson that remains today.

An influence on generations of musicians - from LCD Soundsystem, Happy Mondays, Franz Ferdinand, ESG, Factory Floor, Sink Ya Teeth and Andrew Weatherall – the band’s involvement in cultural touchpoints is sometimes unexpected: a recent exhibition centred on Stockport’s Strawberry Studios uncovered the tape box, but not the tapes, from a recording session with Grace Jones back in 1980 and Madonna’s live debut was supporting A Certain Ratio at the infamous Danceteria in New York in 1982 (where she was working as a hatcheck girl), and sometimes expected, given the unique time and place that they formed – Manchester in 1978, one of the first acts to sign to the newly formed Factory Records. 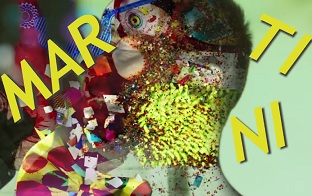 Australian electro duo The Presets (aka Julian Hamilton and Kim Moyes) have dropped the video for their latest single "Martini".

The song is part of our current playlist and is taken from their fourth studio album 'HI VIZ', which came out on June 1st. Buy it here. 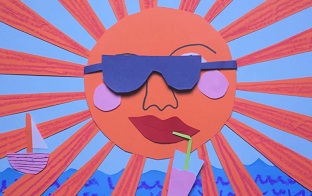 The song is "about how disagreeing with your friends isn't always such a bad thing", and is taken from their forthcoming new album 'A To X', out on August 31 via Chapter Music. Pre-order your copy here.

The video was directed by Carolyn Hawkins (who also plays keyboard and sings in the band). Watch it below. 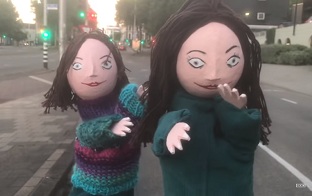 Dayton alt rock band The Breeders have unleashed a home made video for "Nervous Mary".

The song is part of our current playlist and is taken from their latest album 'All Nerve', released back in March via 4AD. Grab your copy here.

The video was shot in the middle of a busy street in Nijmegen, The Netherlands. Puppet versions of Kim and Kelley Deal – dressed in custom-knitted outfits made by Finnish fan and professional puppet-maker Milla Risku – go wild performing the song as their real-life counterparts sing live vocals off camera. 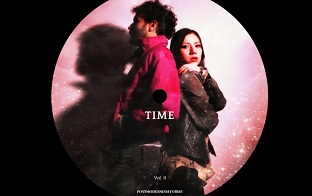 It is taken from the band upcoming new album 'Synthetic Society', which will be out in October.