The View have unveiled their new videos for "Hold On Now" and "Tacky Tattoo" taken from their fourth album 'Cheeky For A Reason', released in July 2012.

The band will release the double A sided single (A) Tacky Tattoo and (A) Hold On Now (radio edit) on  December 2. 'Hold On Now' is part of our regular rotation www.koolrockradio.com

Both videos were directed by Red. Watch them below. 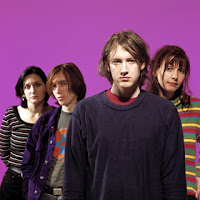 Kevin Shield has confirmed that My Bloody Valentine will release their long awaited follow-up to 1991's Loveless on his own website before the end of the year.

Shield has also confirmed he will follow that release with another EP of brand new material.

Talking about the sound of the new material in a recent interview, Shield said: "I think with this record, people who like us will immediately connect with something. Based on the very, very few people who’ve heard stuff – some engineers, the band, and that’s about it – some people think it’s stranger than 'Loveless'. I don’t. I feel like it really frees us up, and in the bigger picture it’s 100 per cent necessary."

To support the releases, the band already has five dates lined up in Japan and Australia, including appearances at Tokyo Rocks Music Festival and ATP’s I’ll Be Your Mirror Melbourne.
Publicado por KOOL ROCK RADIO en Wednesday, November 07, 2012 No comments:

Deep Sea Arcade have unveiled the video for "Granite City", taken off their recently released debut LP, Outlands. The song is part of our current rotation www.koolrockradio.com.

The video was directed by Jimmi James Wright and Imogen Smyth Prado. Watch it below.